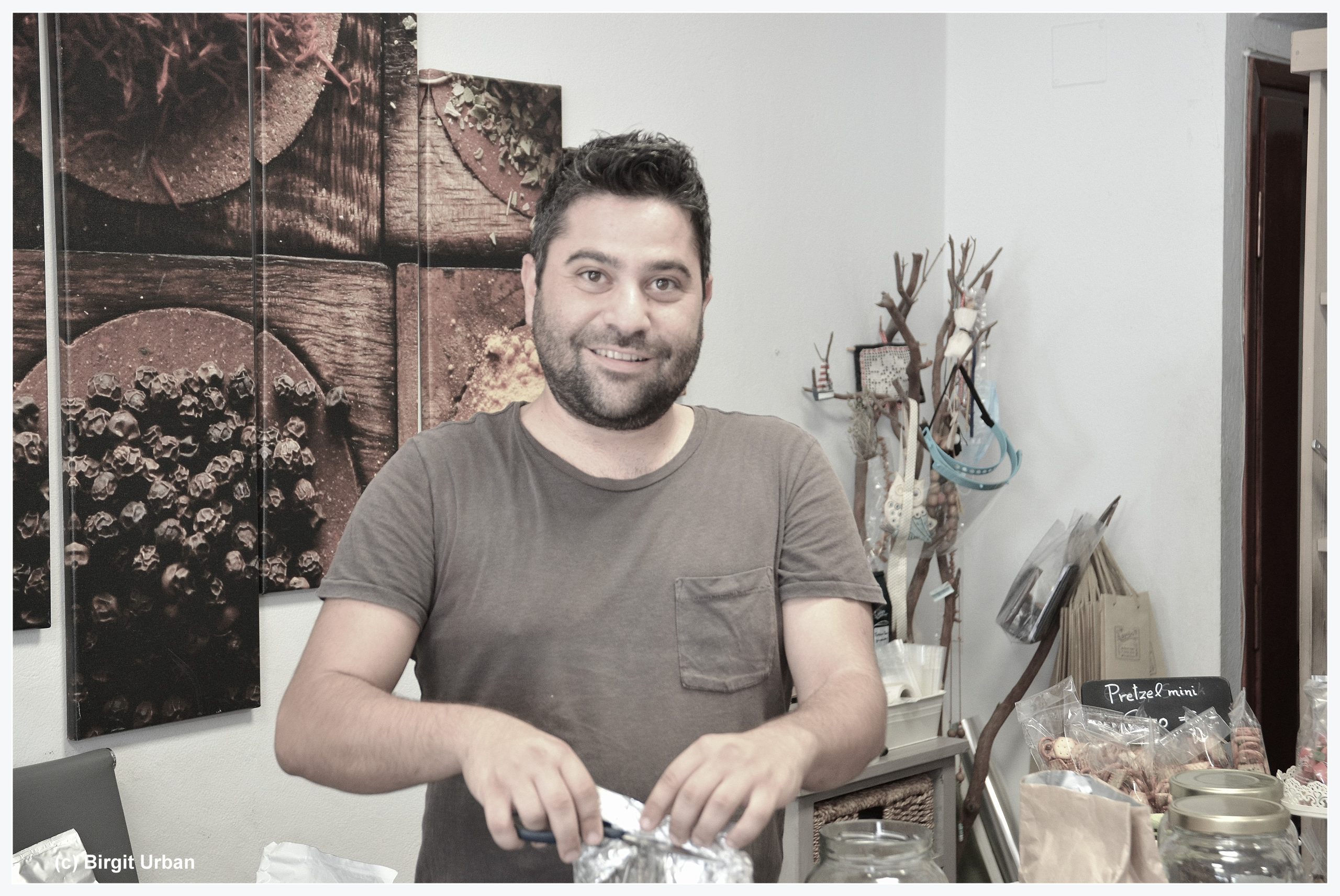 Andreas Kondos -Taking Ikarian herbs to the next level

Diamantix digs into his carrier bags.  He carefully takes out one bunch of herbs after the other. He caresses them tenderly. These are his babies, he picked them up in the mountains around Arethousa and now he‘s come the long way down to Agios Kirikos to sell them to Andreas, the co-owner of the shop „Throubi“.  He knows that Andreas will not only appreciate the good quality of his harvest, but that he will also give him a good price. 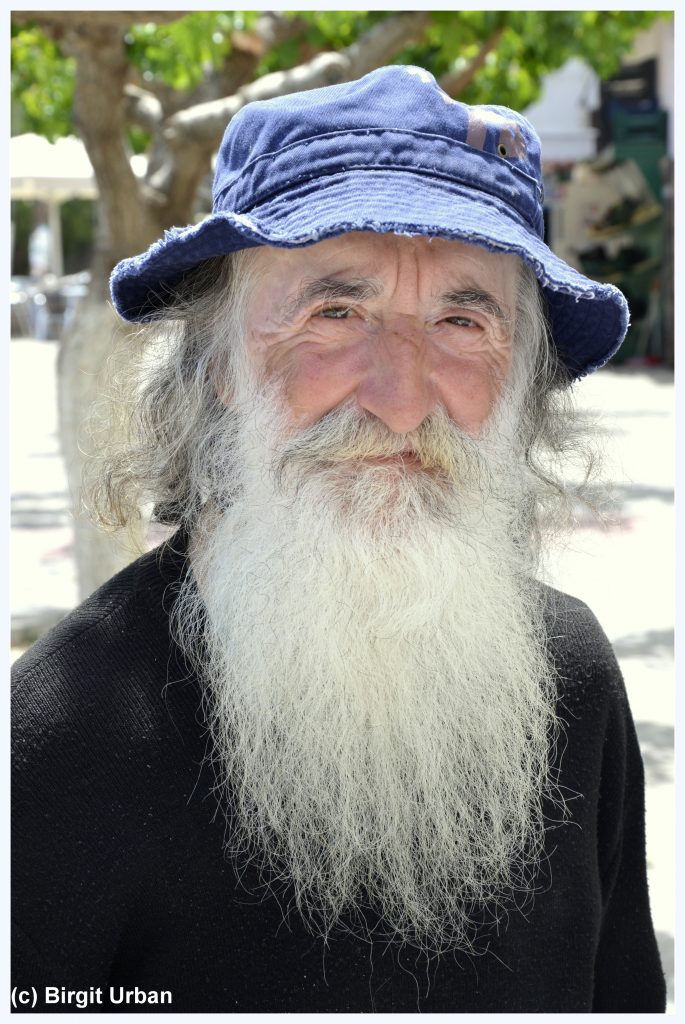 Diamantix likes to do business with Andreas: he is Ikarian, he knows the effort it takes to find the best herbs in remote places up there in the mountains. So Diamantix can be sure that his „babies“ will be in good hands and will be nicely treated.

And indeed, Andreas waits patiently until Diamantix has finally laid out all his different bundles on the counter. Diamantix is one of the many harversters of wild herbs, „Throubi“ works with. They have the formal authorisation from the forestry department to collect the herbs. Among them, Diamantix always makes sure his herbs are of high quality and fresh. 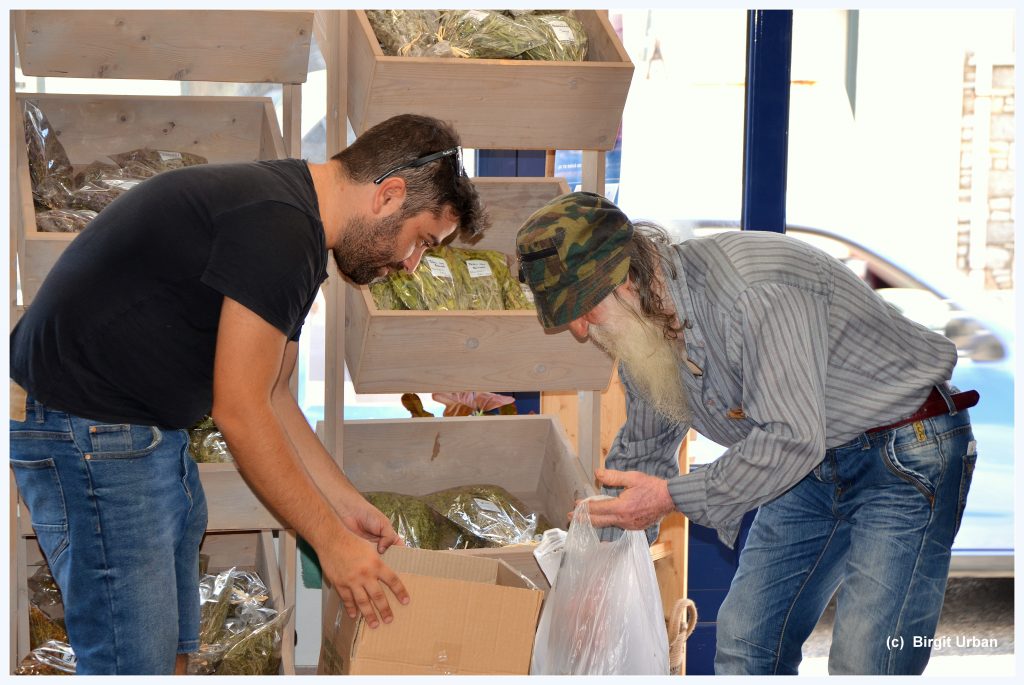 Andreas takes several bunches of thyme, faskomilo and mountain tea to weigh them. It takes him just a short moment of reflection and then he offers a price to Diamantix. Just some words are exchanged and then the deal is done. The Ikarian way, not too much talking is needed.

As Diamantix leaves the shop, Andreas puts the herbs aside carefully. They will need some work and some special attention. They will be in his group of  test runners for the procedure to become certified  „organic Ikarian herbs“. This is his goal! He’s been working on this idea for quite some time already and now, in 2020, it will finally happen. He has put a lot of time and effort into it, he has called the Ministry of Rural Development & Food at least a thousand times to understand the procedure and to get the necessary papers done;, he had to overcome many fallbacks, but now he is on the home straight. His wild harvesting of herbs on Ikaria will get the organic certification in the coming weeks and this means that from 2021 onwards, he can sell them under a new label: „AKRORIA“, meaning „on top of the mountain“. What a step! 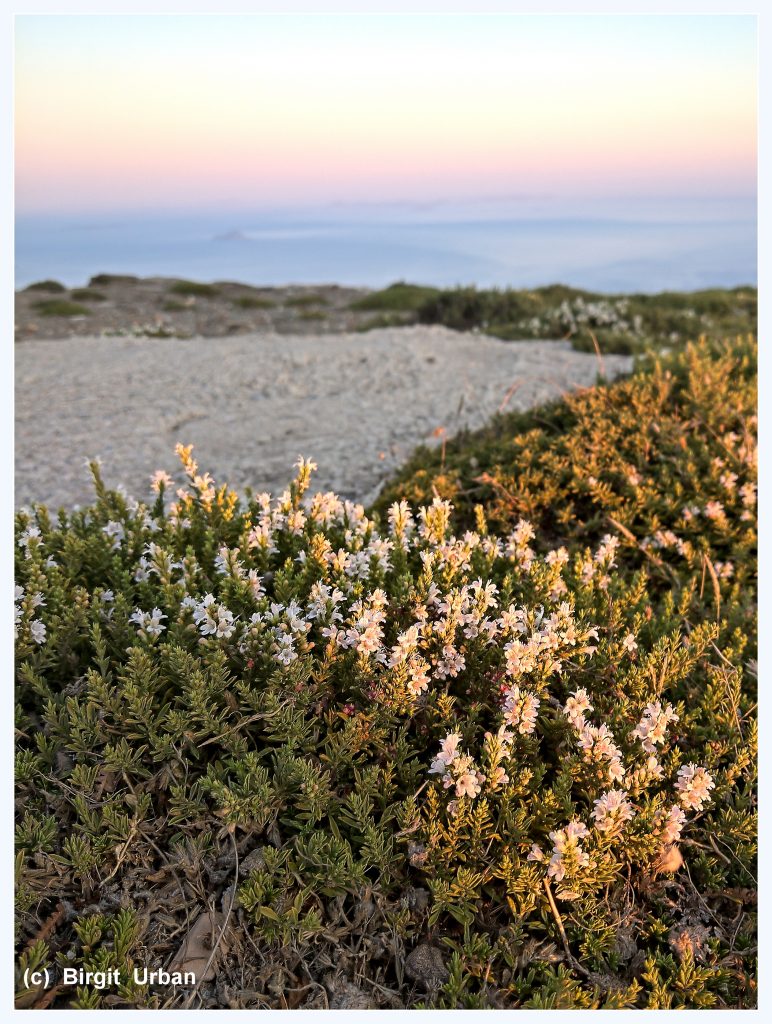 Non of this can be taken for granted, but Andreas is committed to sticking to this path: cultivating, treating and packaging the herbs from Ikaria in the most environmentally friendly and sustainable way. Since his childhood, he has loved to be out in the countryside, learning from his grandparents the names of the different herbs and their utilisation while walking at their side on the different paths of the Ikarian mountains. It was a regular activity, the whole family was involved. 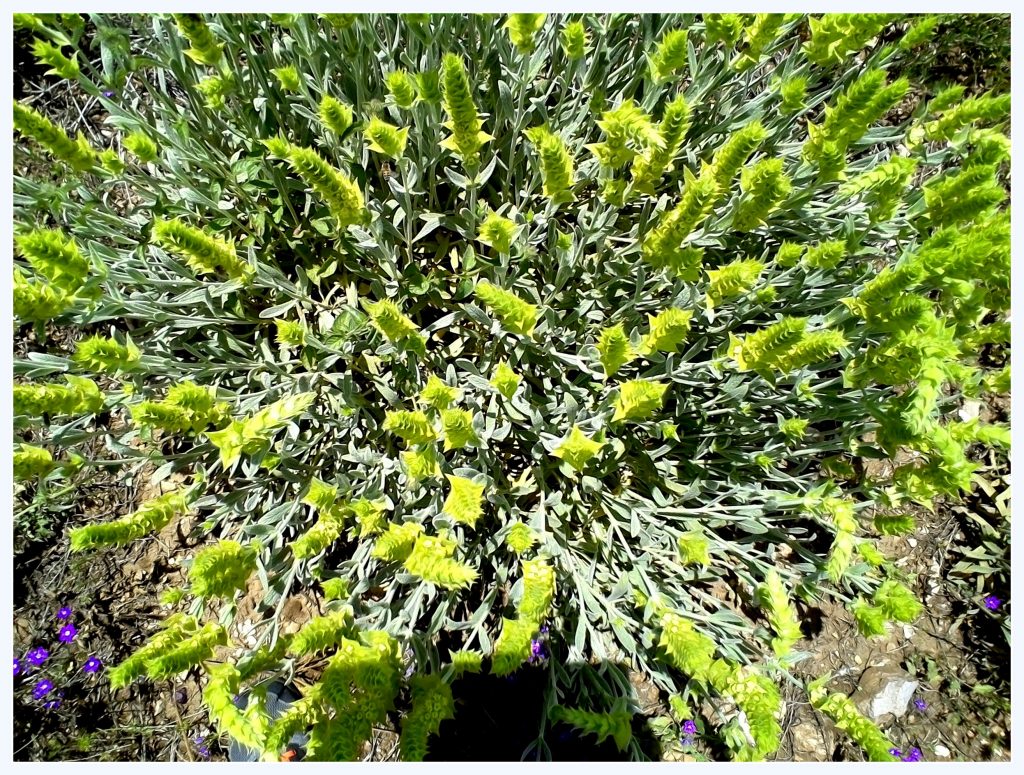 And somehow, nearly 30 years later, they are all doing the same thing again …. just in a different way and for a different purpose.

Today, Andreas and his sister Liza are the owners of the shop „Throubi“ in Agios Kirikos – a shop where you can find a good number of Ikarian products under one roof. And in addition to this, Andreas is working on his father’s land in Grevena, a village in the Northern part of Greece, Western Macedonia. There, he produces herbs, like mountain tea, sage, pennyroyal and oregano, in big quantities, so that he can sell them to Greek wholesalers. Even though he  started this business only in 2015 he has managed over the past 5 years not only to achieve impressive quantities of good quality herbs, but he has also been able to employ some people during peak harvest times of his herbs, olives and almonds. 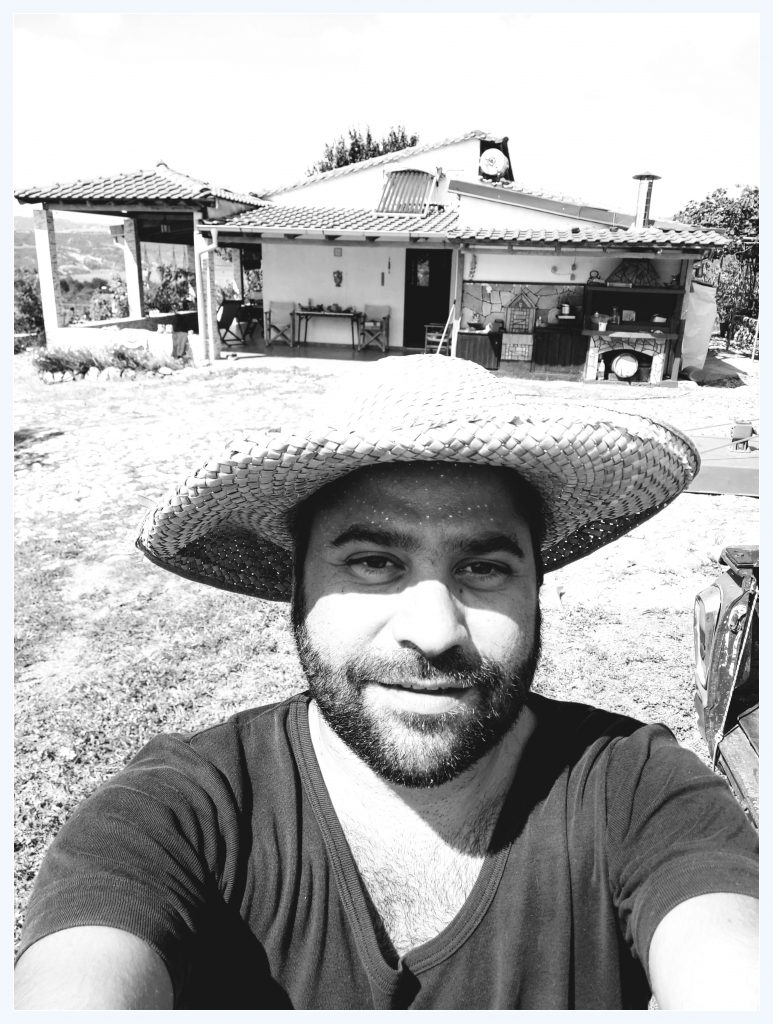 For someone who has  a Master in material science from the University of Patras  and who was facing unemployment and low paid jobs due to the economic and financial crisis in Greece, you could call this an impressive and successful start-up story. Of course, Andreas would never call it like this himself, he would simply call it his „survival-strategy“ to overcome difficult times during the crisis.

As his father’s land was available, he just made a start. He had only two options: either he would do a good job of it and he could make a living out of it or he had to look for another option to get an income. … Since Andreas was able to build on his family knowledge, he didn’t need start cultivating  herbs and growing trees from scratch. 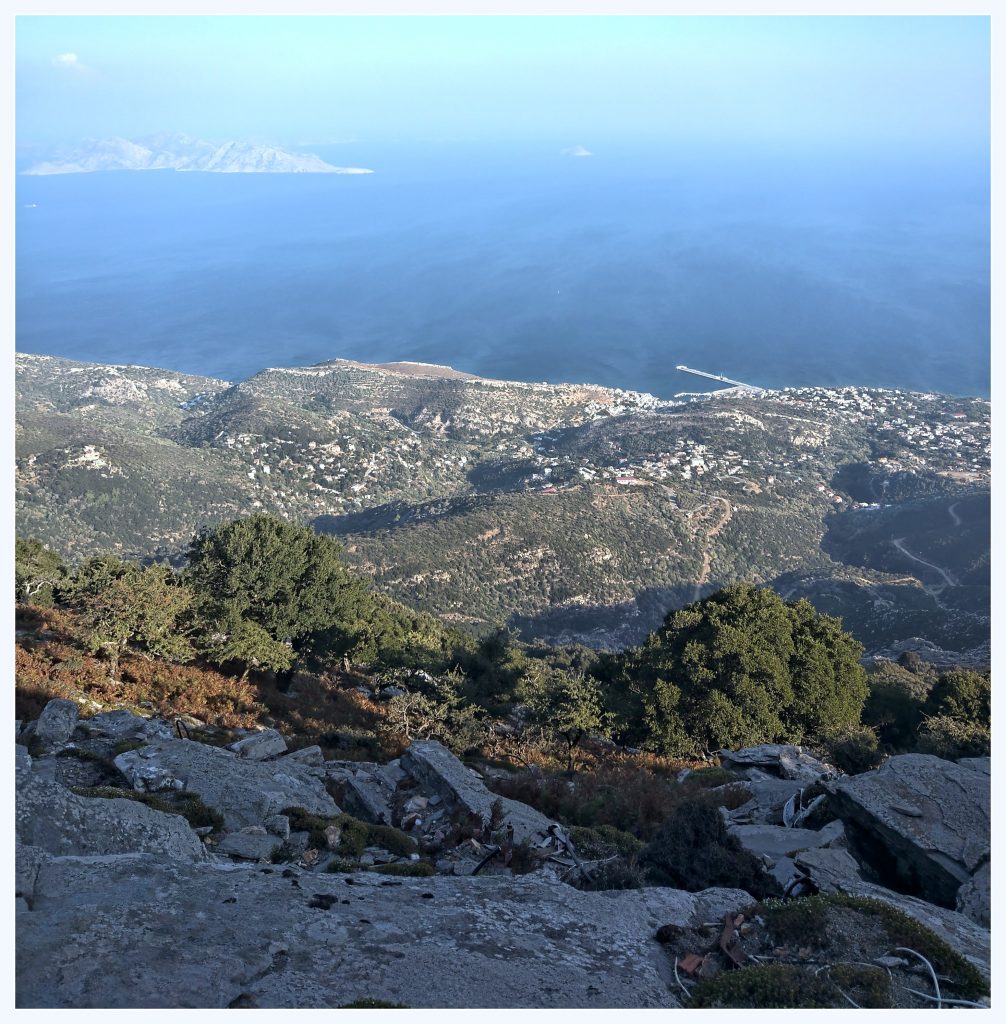 But he added a lot of research and reading to it, because organic farming was his priority from the very beginning. And of course he had many conversations with the old people on Ikaria to learn from them and  to get to know the best method of drying herbs to preserve their good quality. Step by step, he moved on with his life as grower, gathering knowledge and experience. 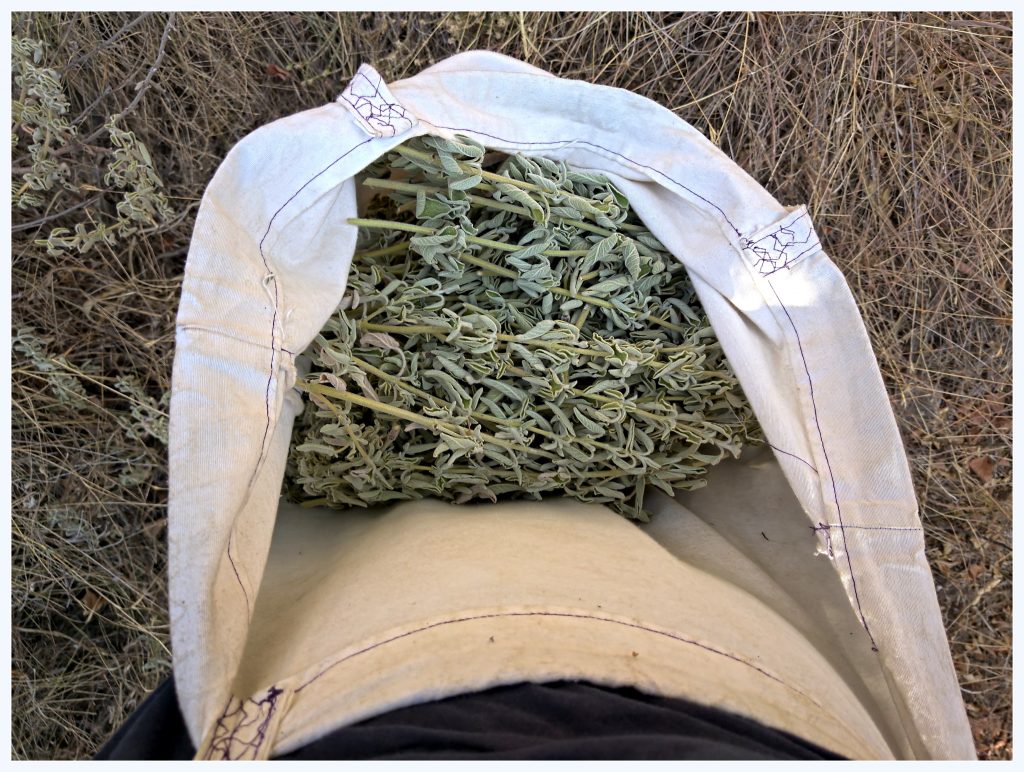 Today he is not only growing herbs and in Grevena, but he is also working with these plants on Ikaria. But here he picks up the herbs in the mountains of the island in smaller quantities, so as to not destroy the balance in nature. He also has 130 olive trees in the area of Panagia on the Southern side of the island. 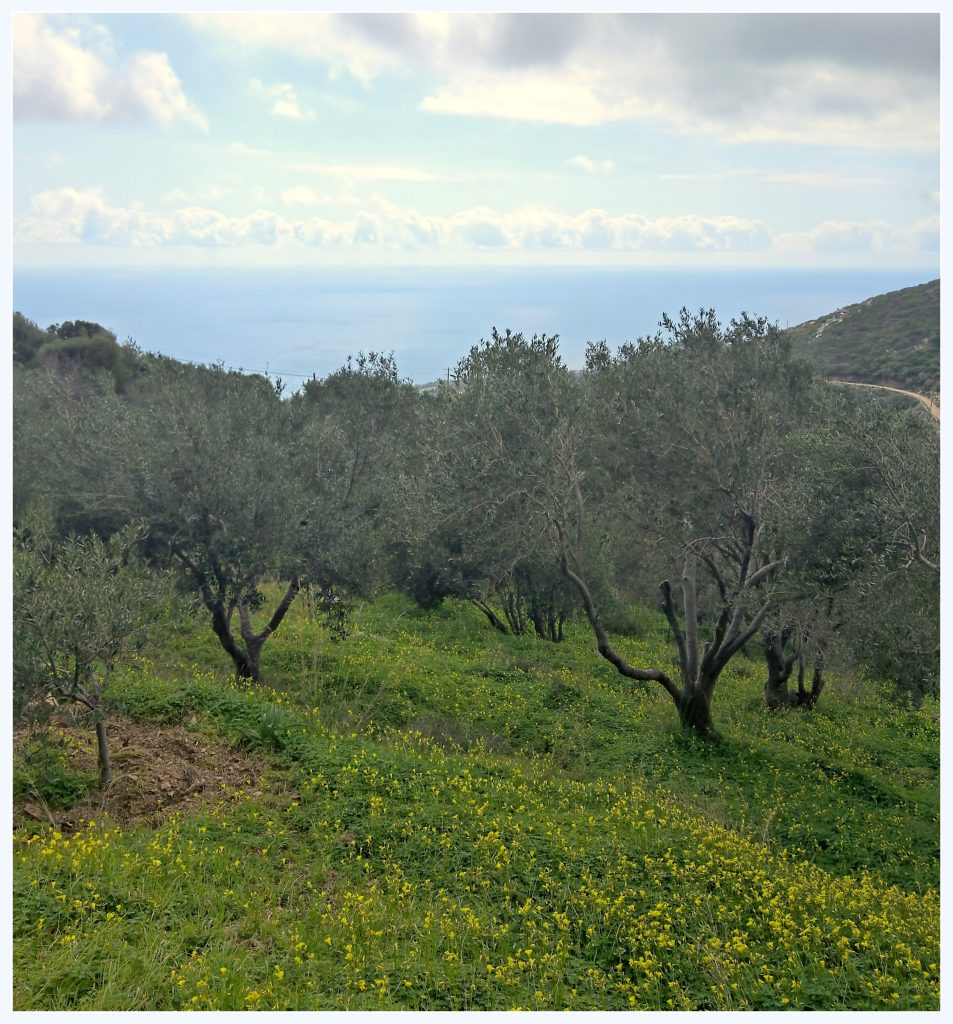 His olive oil already got the stamp „certified Virgin-quality“, but he is eager to take it a step further to „extra-virgin“. Some more work needs to be done, but this doesn’t stress Andreas. This is just a small part in the bigger picture. His vision is the sustainable and environmentally friendly production and packaging of all his products. 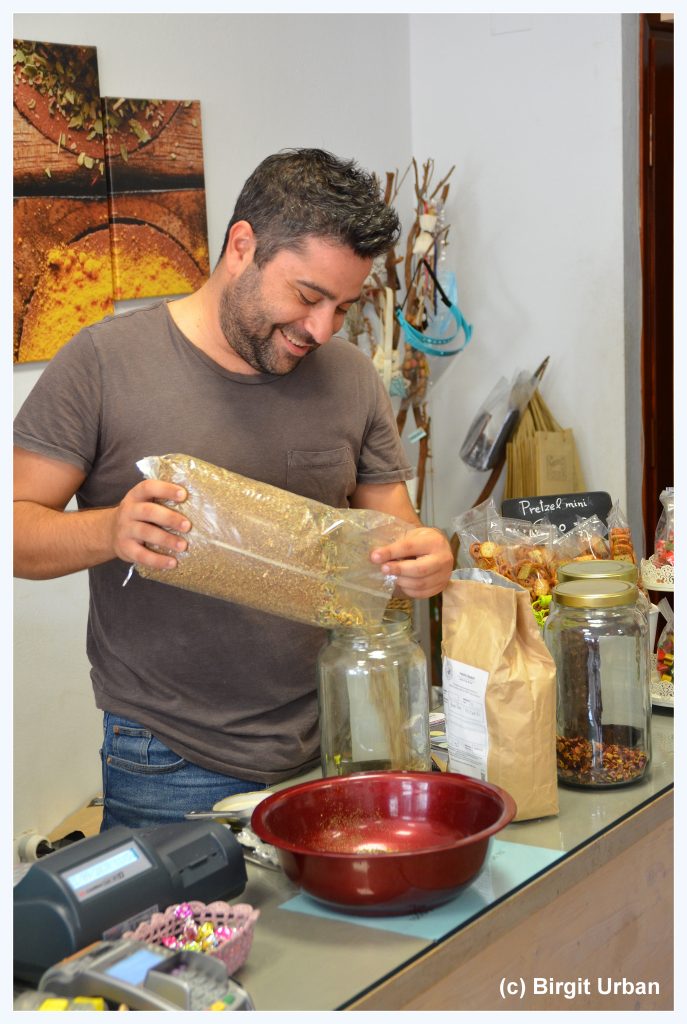 There will be a long way to go on Ikaria, where certified organic farming is not a matter of course yet, even though more and more young farmers are committing themselves to pesticide-free production of fruits and vegetables. Andreas would like to be part of this change as he is convinced that Ikarian agricultural products have a good chance on the markets outside the island, even abroad. To his understanding, they don’t need to be afraid of competition, because their quality can reach high standards … but to get there, effort, knowledge and commitment are needed to reach the next level. Andreas has enough of everything and he knows: slowly, slowly … the Ikarian way … not only his vision will become reality, but also people like Diamantix  will be part of it. 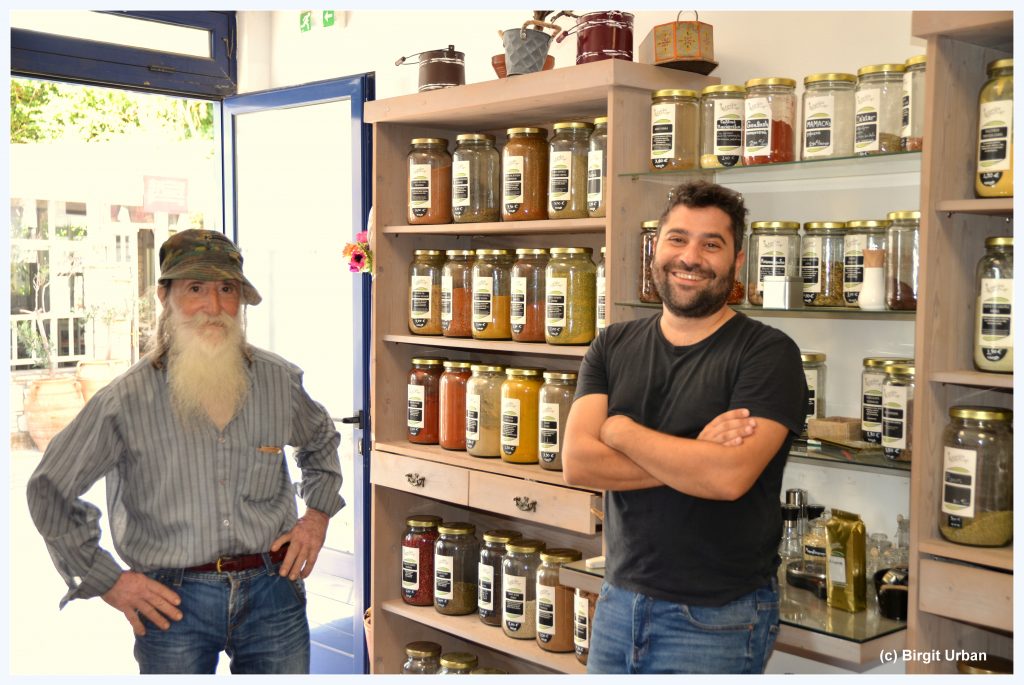 Because men like „Diamantix“ can teach others how to grow and harvest in an environmentally friendly way the treasures of the Ikarian ground. If they succeed in working together – the older and the younger generations on this island – a sustainable future could be shaped for Ikaria. If Andreas had a dream, this would be the one…. and he is already working hard to make it happen. 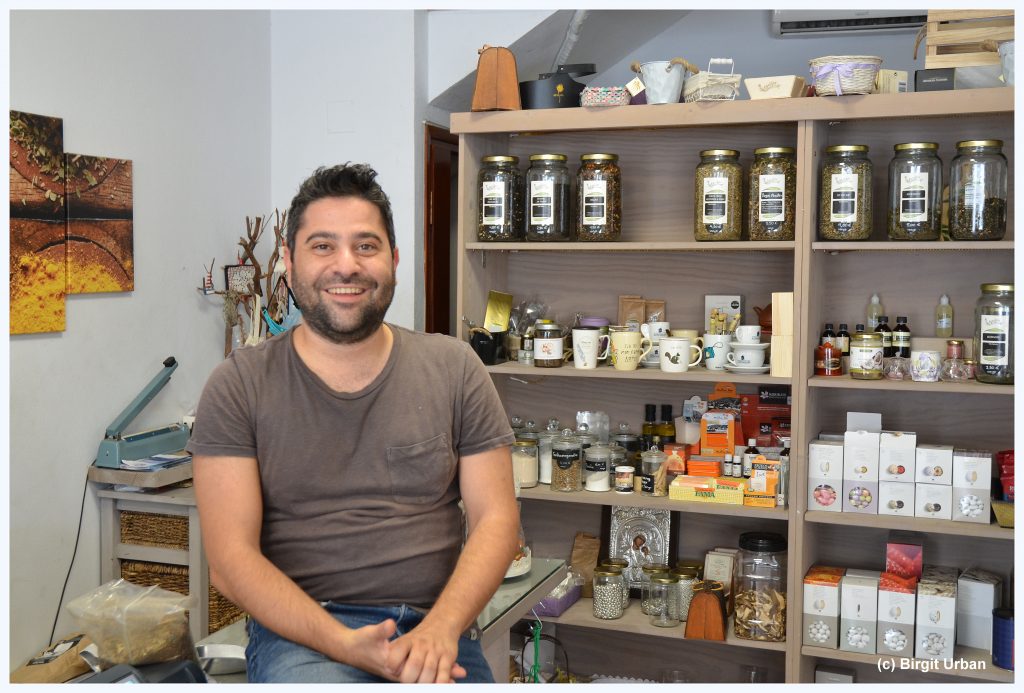