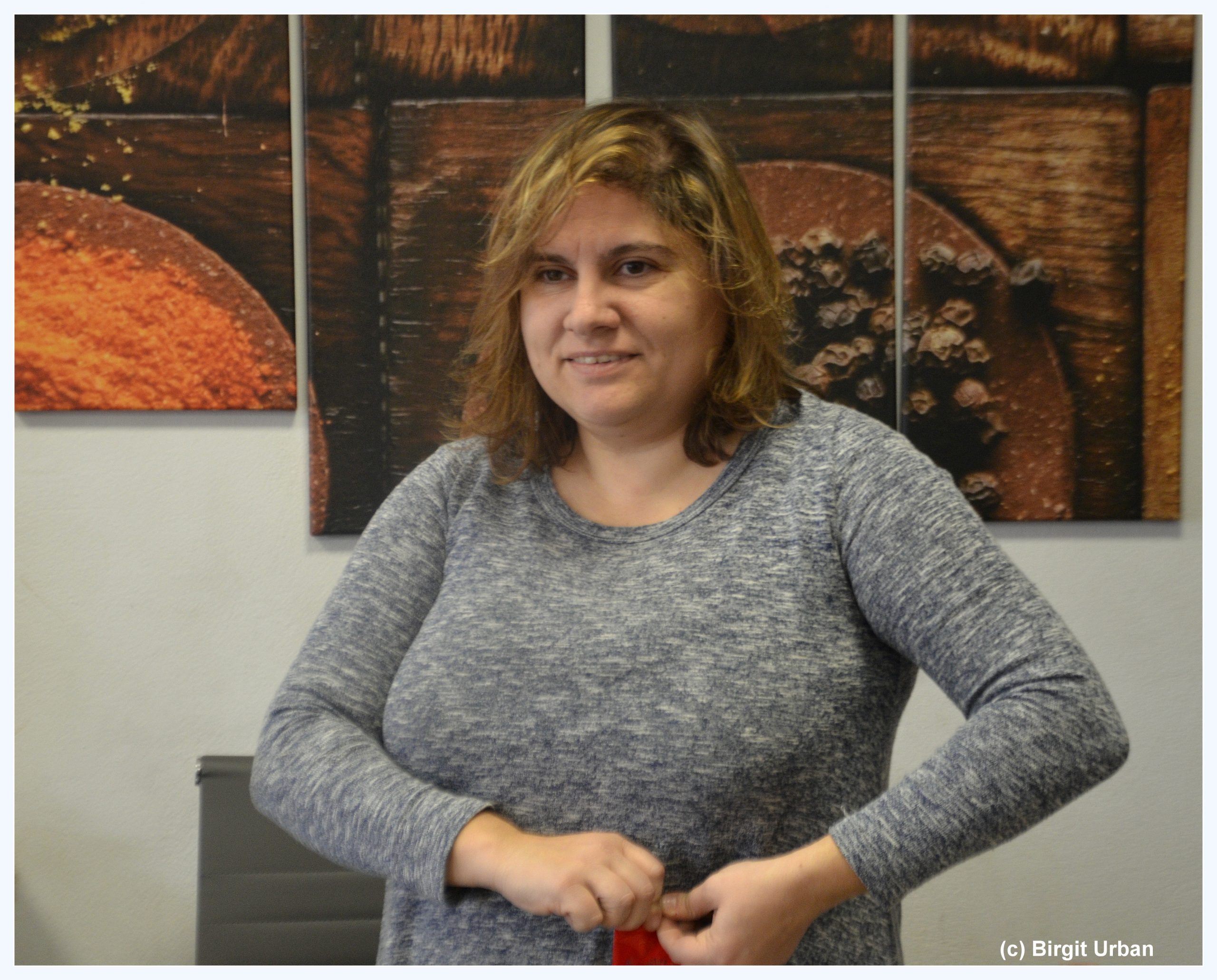 Liza carefully checks the different packages on her counter. She is preparing her participation at a small fair of local Ikarian products at the Marina of Agios Kirikos. Still 3 hours to go until the show starts, but – in the very Ikarian way – many things are happening at the last minute. Even though Liza is pretty well aware of this habit and she is trying to avoid ‚last minute stress‘ as much as possible, she knows that the next few hours will be very hectic. 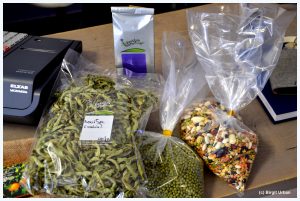 The mountain tea is still missing as well as some packages of special Ikarian herbs. She has to call her father to bring them as quickly as possible to the Marina. She has to run now as she is responsible for the decoration of the place and she is not sure if the other exhibitors have already arrived to give her a helping hand.

So Liza puts her stuff together, squeezing it all into her small car and off she is to the Marina. It‘s handy that doing business in Agios Kirikos is also doing business over short distances. As everybody knows everybody, discussions on the road replace emails and phone calls. And today Liza is pretty sure that whatever is  missing at the fair, it will be found around in the shops and solutions to possible problems will be improvised.

With this in mind, Liza is looking forward to meeting the local producers from all over the island, who will come to town tonight. She knows most of them personally, as she is doing business with them, selling their products in her small shop called „Throubi“  in the main street of Agios Kirikos. 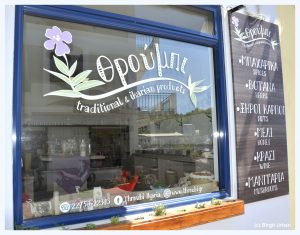 It only opened back in 2016, but since then it has already become a ‚trade mark‘, as locals and tourists know that this is the place to buy good quality local Ikarian products. This was not obvious and while Liza is unpacking her products in the Marina, she acknowledges that somehow her stubbornness lead to a little success story of a self-employed woman on Ikaria.

Just 5 years ago, she was playing with the idea of having her own shop selling local Ikarian products. But where and how to make it happen? In 2015, Greece was still under capital control and due to the crisis, Greeks were keeping hold on their money. So why should a shop with local products become a „must go“ and a „must need“? People around Liza were very sceptical, especially with her idea to open such a shop on Ikaria, her homeland.

Ikarians are known for just going to the mountains to pick the herbs they need for tea and food, so why should they go to a shop to buy those herbs? 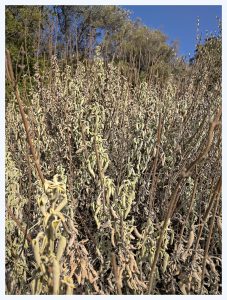 But Liza was more and more attracted by the idea. For her it was also a kind of  exit strategy“, a chance to step out of her life in Athens, where she‘d felt trapped for quite a while.  She was born on Ikaria, but left with her parents and her brother Andreas for Athens when she was 16.

There, she finished  high school  and went to Patras to study forestry. With this knowledge, she worked in different municipalities, but as Liza was interested in environmental subjects, she went on to Lesbos, where she gained her  Master degree in environmental management.

Equipped with all these qualifications, knowledge and experience, Liza had hoped to find a good job where she could contribute to the protection of the environment in Greece. But the financial and economic crisis happened and many young people like Liza were left with broken dreams. So Liza had to look elsewhere for new ways to earn a living. Already at that time the idea of growing and working with herbs was born, both Liza and Andreas had been collecting herbs on Ikaria and through their family they got a good knowledge about using those herbs. 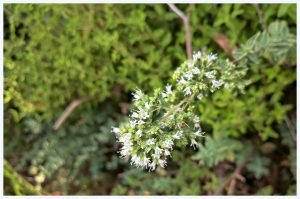 But before this happened, Liza got hired by a flooring company. The income was ok, coming in on a monthly basis, providing security and she was making a decent living. But somehow she could not get rid of the idea of having her own shop … and this shop must be in Ikaria. Going back to Ikaria, reconnecting with family and friends sounded like a good basis  for this business idea.

Time passed and Liza was talking a lot with her brother Andreas about the „what if“. Andreas has studied material engineering, but could not find a job in his field either. Like Liza, he has an interest in herbs and environmentally friendly production. He had already started in 2015 growing herbs, almonds and olives on their father’s land in Grevena, in Northern-Greece. 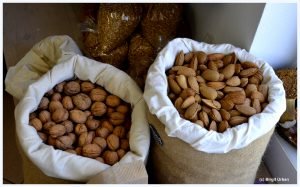 Andreas shared Liza’s ideas about improving people‘s knowledge about good food, sustainable food production and sales. So he was her natural counterpart in the conversation.

And one day, the decision was made. No more talking. There was nothing to lose in just trying it. And Liza and Adreas wanted to do it together; Andreas would continue his work in Grevena, but he would help her on Ikaria as often as possible.

So Liza moved back to Ikaria, back into her parents‘ house. Same place, but a different story. She found a shop on the main street of Agios Kirikos, somewhere everyone  who was crossing the village, by car or by foot, had to pass by. Perfect! And after all the time of reflection, Liza and Andreas had a pretty clear idea of the shop. A modern outlook with style and environmentally friendly were key aspects. 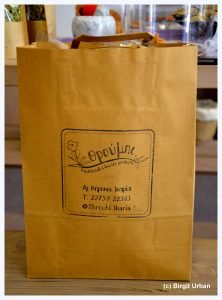 This is the reason why they are offering most of their products unboxed and unwrapped. Customers can choose the quantity they would like to buy. Like in old times Liza weighs the little packages carefully on the balance; customers can buy as little as 10 grams. 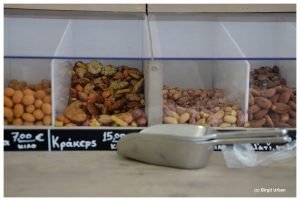 Furthermore, priority is given to the broad variety of local products from Ikaria.  So you will find at „Throubi“ herbs, teas, wine, spoon sweets, honey, beer, lemonade, soaps, cookies, ceramics and bags, all of which have the label „Made on Ikaria“ in common.

Of course the first months were difficult – Liza had not expected any different. Ikarians remained sceptical and hardly put a foot into the shop. But when the first summer season started, many tourists flooded the store, not only happy to be able to get all Ikarian products under one roof, but also appreciating Liza’s competent advice on how to use certain herbs or how to cook a good fava from the beans they were buying in her shop. Being curious, little by little Ikarians joined in and after some time, they got used to buying a few leaves of Dafni and other ingredients for their Sunday meal at „Throubi“. 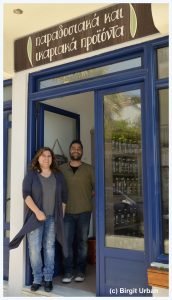 Liza and Andreas at Liza’s shop in Agios Kirikos

Liza laughs when she thinks about how she  managed to introduce new recipes and  ingredients to Ikarians. Knowing her fellow countrymen very well, she knows what string to play to stimulate their curiosity. So she tells many stories about how to improve the traditional Ikarian recipes by adding one or two new ingredients.

Cooks from various restaurants on the island are coming to her shop, too, looking for special herbs. Little by little Liza and Andreas were able to settle down on Ikaria again. During the high season, like Christmas, the whole family joins in, packaging the herbs or putting up Christmas decorations. 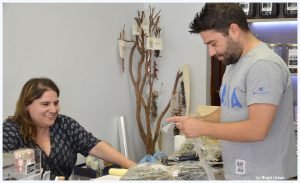 Even though with the business growing, Liza has less time for personal activities than in Athens, she doesn‘t regret taking the step to return to Ikaria.

To keep in touch with her friends in Athens, she travels to the capital four times a year; this is enough to buy new products for the shop, to catch up with friends and family and to get new ideas for the business. On Ikaria she enjoys relaxing times, when she picks up the herbs in the mountains, or cleaning and packaging them in the house – for her the best detoxing therapy for stressful – Ikarian – moments like today. For weeks she‘s tried to organize this fair at the marina. And of course nothing has happened; only in the last couple of days, people started calling her or stopping her on the road to get more information. So hectic is in the air. But Liza will handle it. She is used to it and she will keep a cool head. Things will happen, Ikarian way, somehow … and in the end, this tiny little fair will have a good result. No doubt on it, because Liza is well prepared. 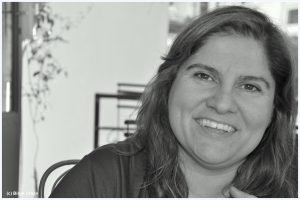