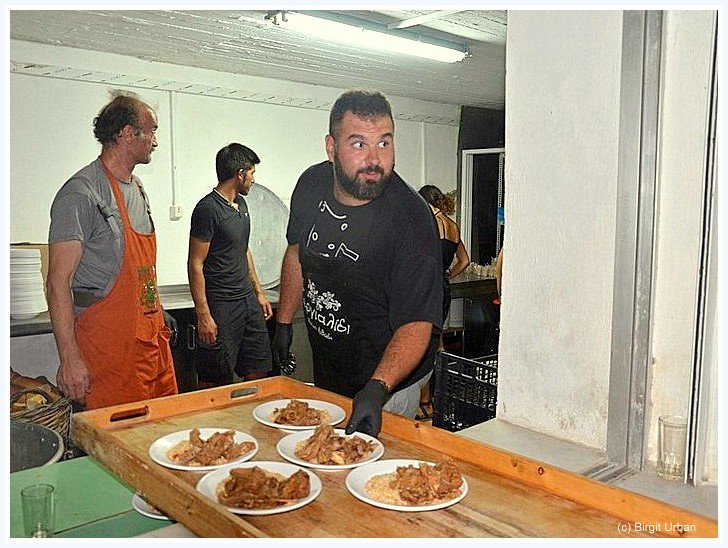 Nicholas Koundoupis – The man behind your wedding party on Ikaria

Nikos is bending over the enormos metal pot. Beads of sweat are running over his forehead. This is the moment he has been working for the last days. In a few minutes he will know whether his preparatory work was well done and he will be able to participate in a historical moment in the life of the bridal couple, who hired him for their wedding, or whether he has failed and the big feast will end up a catastrophe. 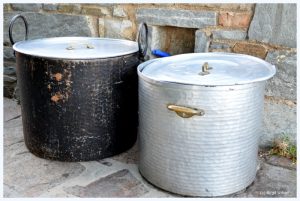 Niko takes a deep breath, he is looking at the men standing with him around the pot, kitchen utensils in their hands. At this precise moment they are looking like warriors, concentrating on the battle they wish to win. He looks at them and asks around: „Pame?“(are we ready?). „Nai, pame!“ (yes, here we go!) the group answers unanimously…. and Nikos starts to scoop rice out of the old dented pot in which the typical Ikarian wedding rice has been cooked already for so many weddings onto plates.

From that moment on, the group around him and the other assistants, fulfilling different tasks in this orchestra, are working precisely like clockwork. The plates are handed over to another group, who adds cooked goat meat to the rice before the plates move on to a large wooden tray, where salad and pitarakia – the typical small pastries filled with cheese and xorta – are added by another group of kitchen workers. 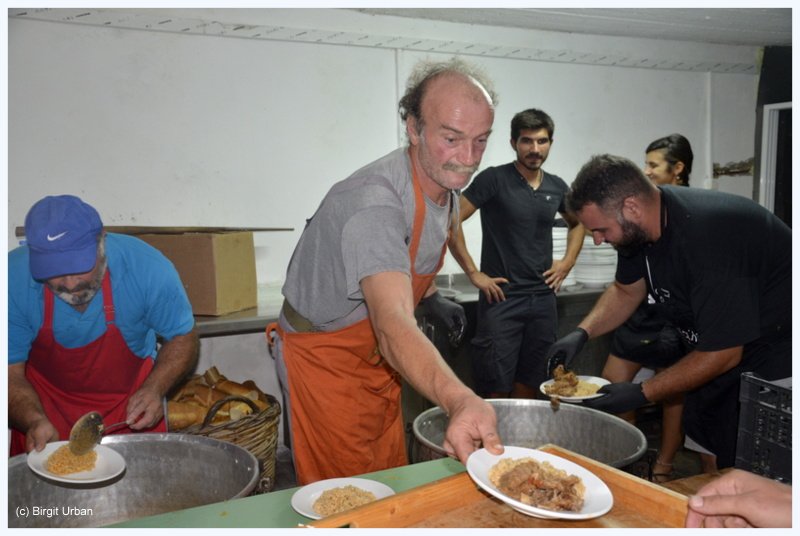 In the end, two young guys take the trays to one of the tables, set up and nicely decorated on the platia of Agios Pandelemona. Today, around 900 people are invited to celebrate this important day with the young couple. They are looking forward to good food , good wine and a good atmosphere to make it an unforgettable event.

This means that Niko and his group are in charge to make it happen. They know the challenge, they have mastered it already many times before. So this could be a routine, but a responsible cook like Niko, never takes such a task as a normal routine. He is looking into all the details: the composition of the meal based on traditional Ikarian recipes, the quality of the food, the organisation of the kitchen, the decoration, the taste of the wine and in the end he is also carefully observing the service at the tables. The hours that follow are intense work and concentration, but when the dessert is served and the musicians invite the bridal couple for the first dance, Niko can finally breathe more easily …. and later in the night he may even put a foot on the dance floor to enjoy some circles of the Ikariotiko. 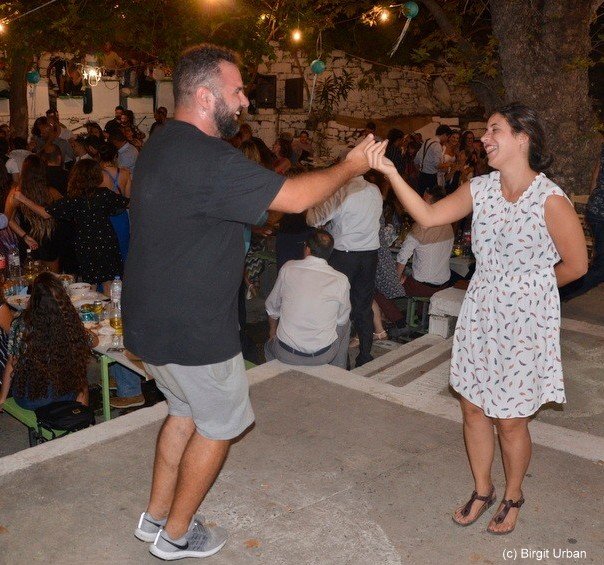 During summer, days like these are normal for Niko. They don’t just look stressful, they are. For him, the summer season on Ikaria is the most challenging period of the year: not only does he have to manage his restaurant, „Pergalidi“ in Mikro Livadi, but nearly every weekend he also has to organise baptisms and weddings for around 400 to 900 people.
So much work. No day off, days during which working hours are often more than 10 hours. And at the end of the summer, the season can be called a good one when Niko is able to pay all the bills and has some money to survive the winter on Ikaria. Is it really worth it? When asked the question, Nikos raises his eyebrows in surprise, but he doesn‘t hesitate and answers immediately with a big smile: „Of course. I am happy where I am. I love cooking. Cooking is my life. Sure, it is difficult, but it is worth the effort. Perhaps I will not do this job for all my life, perhaps one day I may give up my restaurant to work for another chef, but for the moment I am fine. I enjoy it.“ While saying so, he looks over the terrasse that surrounds his restaurant „Pergalidi“ and from which you can overlook the small beach of Mikro Livadi. Today the sea is as smooth as glass and is shimmering in bright blue. A picturesque postcard view, but Niko can only enjoy it for a short moment. The day is coming to an end and little by little the first hungry customers are coming in, settling down at the tables. 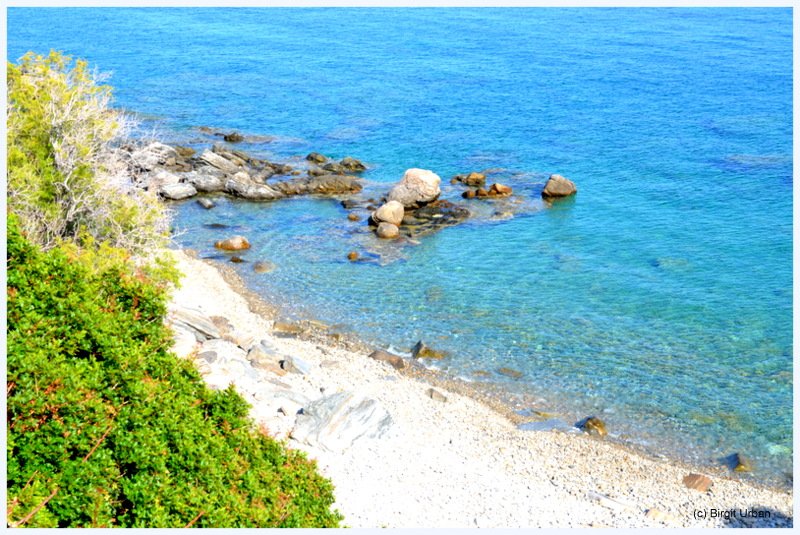 Nikos knows most of them. He grew up in Christomos, the neigbouring village, where his father was a priest and he spent his childhood in this area. He has short welcoming discussions with people about their day, family and the newest chit-chat in the villages. Many of them are calling into the kitchen, saying hello to the assistants working there, also people from the villages around. Here, they all know each other. They grew up together, they have a history together and coming to eat out at Niko’s place is like having dinner at a big family table. 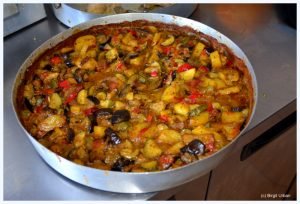 Niko knows their favourite dishes and they know that Niko offers good quality food at reasonable prices. That’s a good basis for a relaxed evening in good company. But over the years „Pergialidi“ became not only well known among the locals, but also more and more tourists are coming. They are attracted by the good ratings on Tripadvisor or on Instagram and after they have found their way down the steep road from Chrisostomo to Mikro Livadi, they are surprised by the charming stone house that lays in the shadow of the orthodox church nearby. 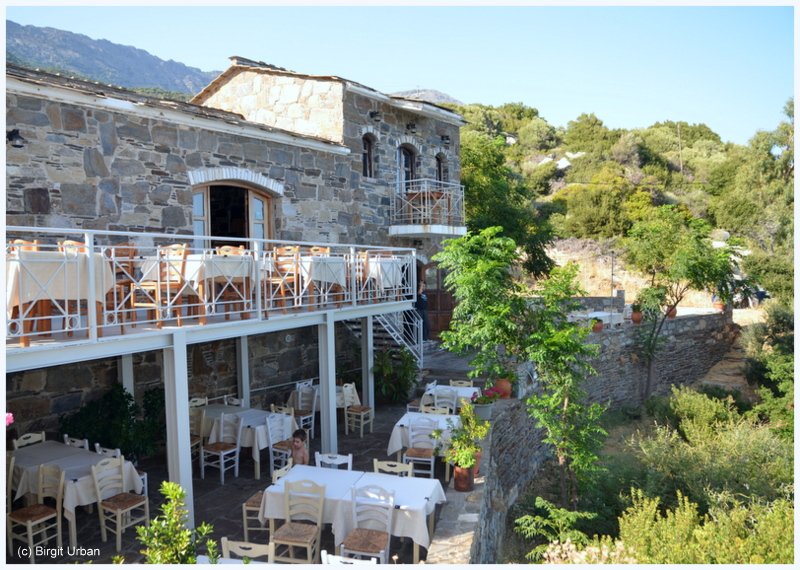 Tonight Niko has a „full house“ and he is even expecting some friends from university he studied with. University? Studying Environmental Engineering in Agrinio and doing a Master in Athens? When did that happen in his life? Did he really live like that? Sometimes, at times quieter than today, Nikos is surprised at the efforts he made to leave the island and to do something other than cooking only to end up cooking in his own restaurant. But Nikos is not that kind of man, who racks his brains with questions like why? and how? He takes decisions when needed and when looking back at the last 10 years of his life, he comes to the result that obviously everything has happened as it should. For as long as Niko can remember, his life has been between cooking pots and hotplates. Niko’s father was a cook before he became a priest and Niko spent a lot of time in his father‘s and grandmother’s kitchen, where he loved the smell of all the different spices and ingredients and – of course – where he was looking for the little tasty treats his grandmother used to spoil him with. So it was no coincidence that Niko watched out for student jobs in restaurants in Athens to earn some money. He started as a „delivery boy“, but soon got a chance to help out in the kitchen with all kind of jobs. It felt like a ‚home game‘ and Niko was keen to learn all the details of the different recipes.

At the same time, his father began to fulfill his own dream on Ikaria. Even though he was now a priest, he started building a restaurant that would serve as an additional income for his family, where his wife and Niko’s brother could work. It took the family four years to complete the house in the tradition of an Ikarian stone house and in the end neither Niko’s mother nor brother really wanted to work there. So Niko took over. 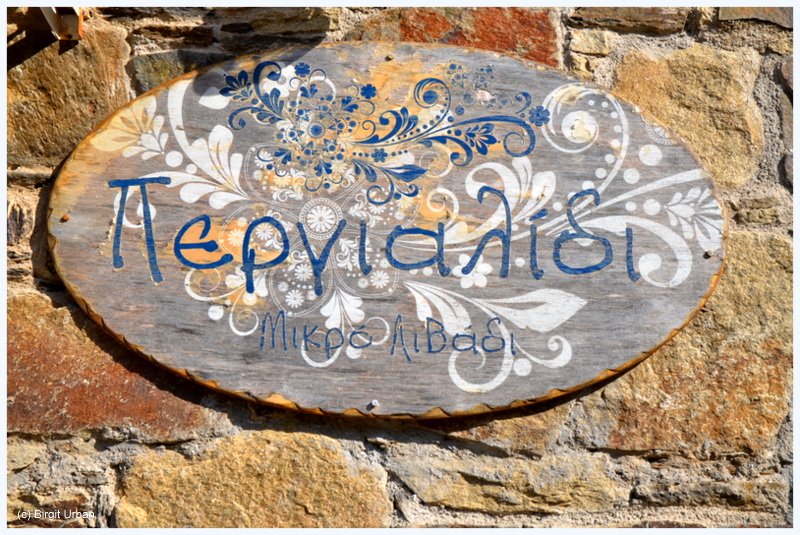 He gave up his plans to work as an Environmental Engineer – a career that due to the financial crisis in Greece promised little prospect of success anyway – and returned to his homeland. Now he was the „chef in charge“ – a big responsibility that demanded a great deal of respect from him, especially since he had never trained professionally as a chef. But from the very beginning, Nikos was dedicated to bringing traditional Ikarian recipes to the table. So he got in touch with the old people in the villages to learn from their experience. That was his best training period and up until today, the traditional Ikarian recipes are the corner stone of his inspiration for the menus. In times of crisis – and Ikaria is facing its 10th year now – it is an everyday challenge for the restaurant to find the right balance between the quality of the products, the diversity of the meals and decent prices. Nikos defends the idea of buying local, supporting local producers. Over the years, he has built up a good base of suppliers, nevertheless he still has to renegotiate every year, because they don‘t always manage to produce a consistent quality. Another point that gives him a headache – not every day, but quite often – is the question of how he can get his guests more interested in vegetarian dishes. Despite the myth that on Ikaria everybody follws the blue-zone diet and lives a happy healthy life till at least 100 years old, Ikarians love a good portion of meat on their plate and meat dominates the menu at „Pergialidi“. Niko has already tried many different ways to change this, but there was not much enthusiasm from his clients. So the deal is that there’s at least one vegetarian dish on the menu and it changes every day. 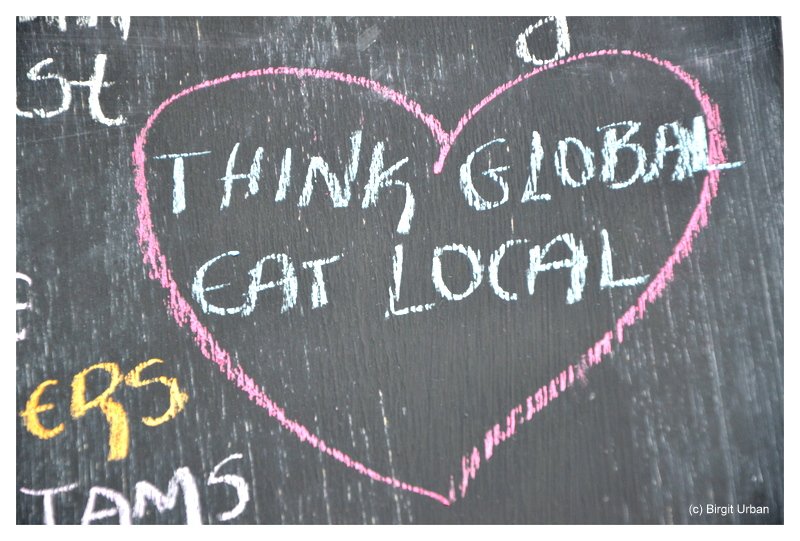 This is just one of many typical efforts for Niko. He tries to live by and develop the basic values of the traditional Ikarian society. Therefore, community spirit and mutual support are very important to him. Every week, he supplies the old people’s home with a few meals for free or he delivers some food to people in need. This is not something you will read about on his Facebook or Instagram account. This is normal for him, nothing to talk about. For him, cooperation is a key factor in his philosophy of life. And he lives by it: during winter times, when the restaurant is closed, he works for a wine cooperative, which advises farmers on Ikaria on how to apply for European subsidies. Perhaps the model of cooperatives could show a way out of the current economic crisis and might offer possibilities for a different economy in the future. Nikos is eager to participate in shaping a future for Ikaria. He would like to see more young people staying on the island all year long and for them to find good work prospects and a decent life. From his own experience he knows that Ikaria is not an easy place to live. One has to be able to accept the living conditions: the long winters, the low income, the insecurity of work, the roughness of its people. But the island offers a lot of rewards to those who are willing to stay. 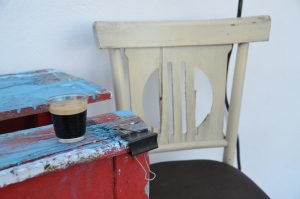 In Niko’s case, he lives in his dream house in Mikro Livadi – a small, old house, one room, bathroom – and a recent addition – a coffee machine. All just a stone’s throw away from the restaurant. Here he lives by himself, the only inhabitant of Mikro Livadi during winter times. But he loves it, because friends are constantly passing by, there’s no time for feeling lonely. If you think about it, Niko is a good example of the fact that life goes around in circles, but nevertheless you move on: from your grandmother’s kitchen, to university, to temporary help in restaurants in Athens to your own restaurant on Ikaria and organising big weddings. Looks like that Niko has done everything right so far …. 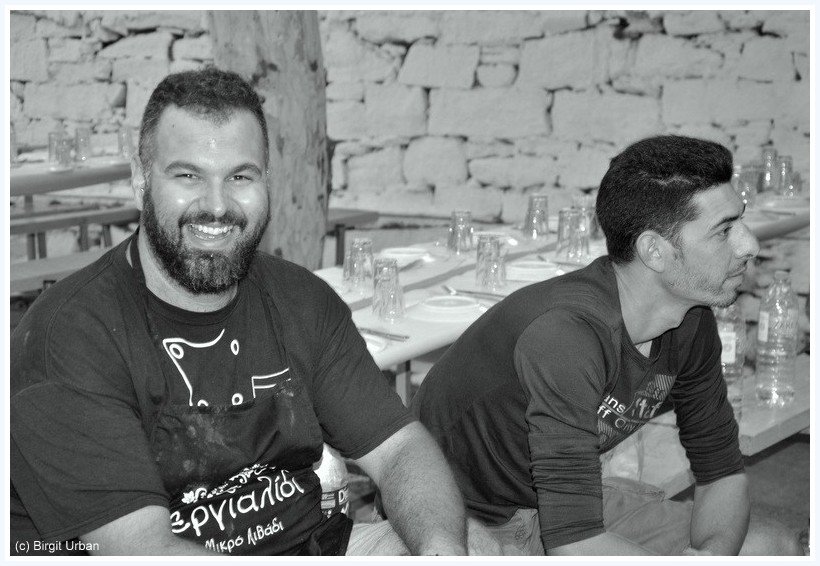