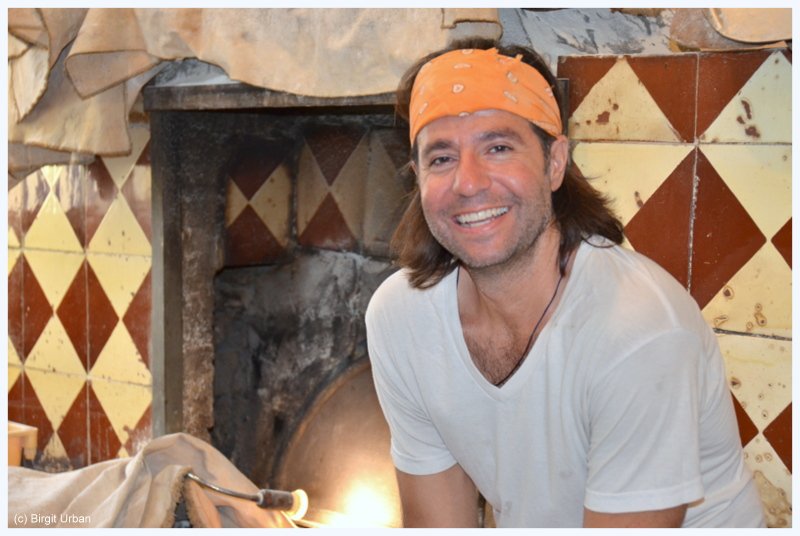 Just recently the act of waking up became something  very special for me. I am in Greece on the island of Ikaria and I am staying in a little apartment in the middle of the main town, called Agios Kirikos. I am happy, if I could sleep at all, because it is terribly hot, the air conditioning doesn’t work and the apartment is enclosed between three narrow streets, so that I can enjoy the summer city noise till late at night.

Therefore a little sleep is really nice. But waking up has become a very nice moment, because I am not woken up by the ringing of an alarm clock or some Greek “screaming and yelling”, but by the lovely smell of fresh cinnamon rolls. If I keep my eyes closed for a little while, wonderful pictures are coming up: a fresh cinnamon roll, a double Greek coffee “sketo”, the fresh breeze from the sea and the view to the velvet blue horizon.

I know, it sounds “kitsch”, but down here on the island right now the reality is that I have the pleasure to live. When I open my front door, I can almost step directly into Nico’s little bakery shop … and Nico became my hero. Not only because he bakes the best cinnamon rolls I have eaten for a long while, but above all he is such a wonderful example for the saying: “follow your heart and you will do fine.” 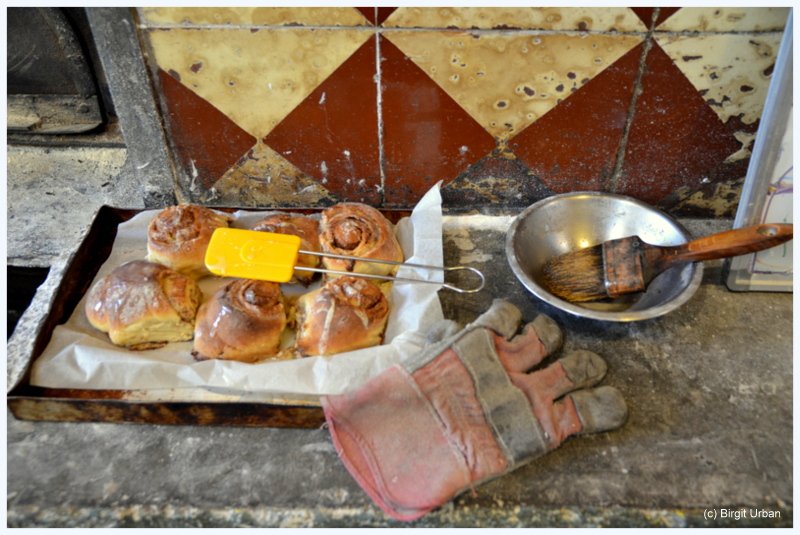 Cinnamon rolls fresh from the oven

For once, Nico is not one of the old men I usually get to meet on Ikaria, he belongs more to the generation of the “grand-children”.  And his story is a nice tale about a return to the family roots.

Nico grew up in the States, Ohio, he is the grand-son of an immigrant from Chrisostomos. Nico doesn’t fulfill all the clichés of growing up in a strong expat Greek community and he didn’t spend every summer on the island; he was brought up grew up in a more normal “American” way. But as the youngest of three brothers, he was the only one who was interested in the stories his grandfather was telling about Ikaria. It was only during his studies that he made his way to Greece. He spent six months in Athens, but he only managed to come to Ikaria for a couple of days. Years later, he got the opportunity to have a deeper look at the island and the “leftovers” of the family grounds. In the meantime, Nico got married to Christina (from Ecuador) and together they spent a few months on the island. 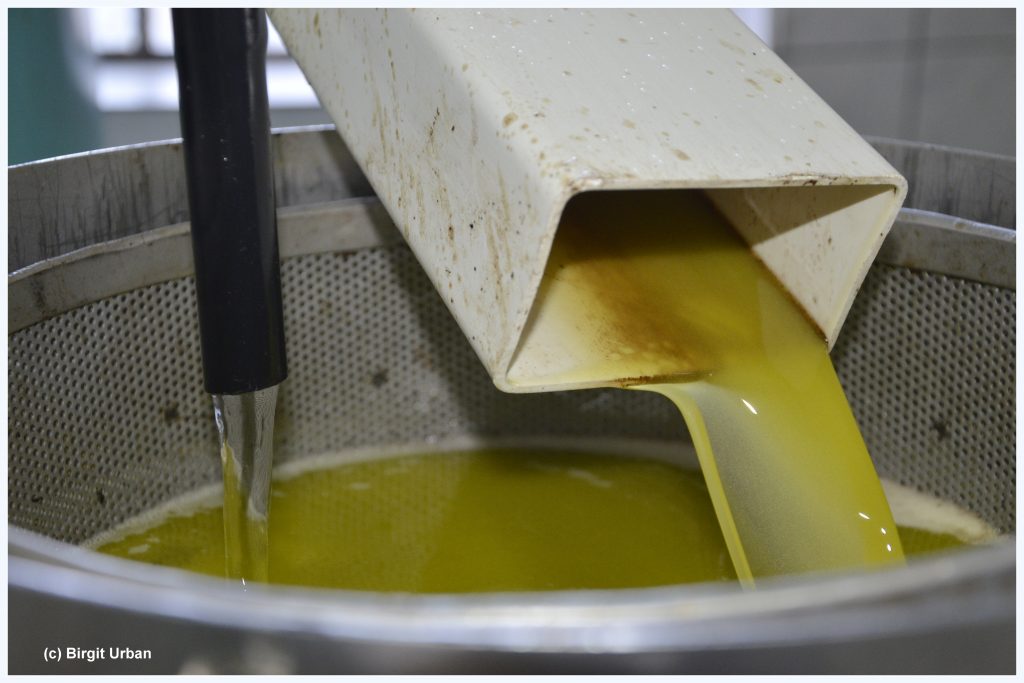 They lived in the small family house up there in Chrisostomos, without water or electricity, they harvested the olives and on his return to Ohio, Nico was able to offer “homemade” olive oil to his grandfather – 70 years later, some greetings from the island the old man never put a foot on again.

In the US, Nico worked different jobs, very often in restaurants and in bakeries, but little by little the idea was growing that he would like to live in a smaller village. He was a bit tired of life in the big city, the anonymity – he preferred to be more part of a local community, to participate actively in their everyday-life.

With Christina they tried to find such a place in Ecuador, but very quickly it became clear that, in these surroundings, he would remain an outsider. Therefore they came back to Ikaria to give it a second try … and until this day, it looks like that his wish to be part of a local community has become reality. In the cafenions, they know how he likes his coffee, the neighbours are passing by to help him with the house. But in general Nico did not have an easy start on Ikaria. The bakery was not his first choice to make a living. But he liked the shop and as the former owner, Stamatis, could not find a successor, Nico came into the picture. 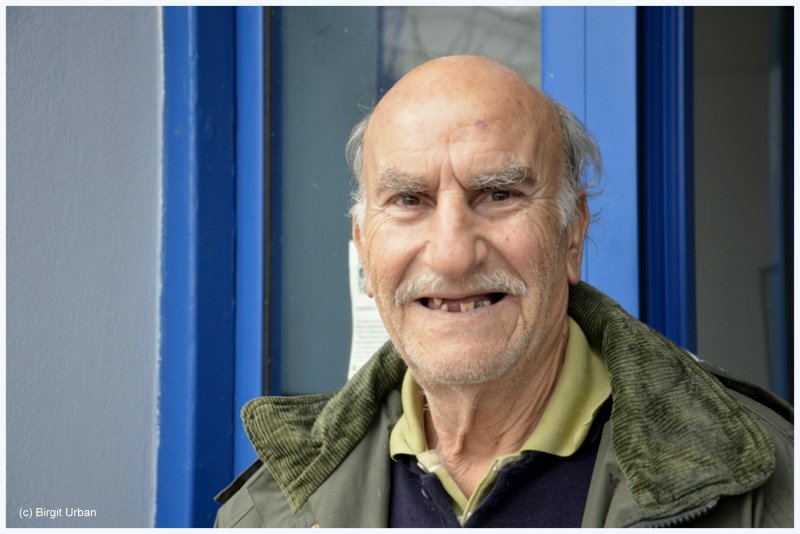 Stamatis – the former owner of the wood-fired bakery

It took him a while to handle all the papers – even being equipped with some Greek genes, handling Greek bureaucracy  and dealing with Greek time schedules became quite a challenge for him. And on top of it, he got a lot of “recommendation and advice” from the neighbourhood, who urged him to stop that crazy idea of opening a bakery shop with Sauerteig-bread and wood fire.

But Nico stuck to his idea and little by little he renovated the old bakery shop …. and he’s been there for TEN years already! He made his little success story. Nico is only making bread based on Sauerteig and some pizza, Greek cheese pies and sweets – like the famous cinnamon rolls, muffins and brownies. The number of his clients is growing, he got mentions in some well-known travel guides, but despite this success Nico doesn’t intend opening another shop on the “other side of the island” (that means, on the Northern part of Ikaria). The money he earns is enough to give him and his family – in the meantime he and Christina got two boys – a decent living … it is enough to take them through the winter. 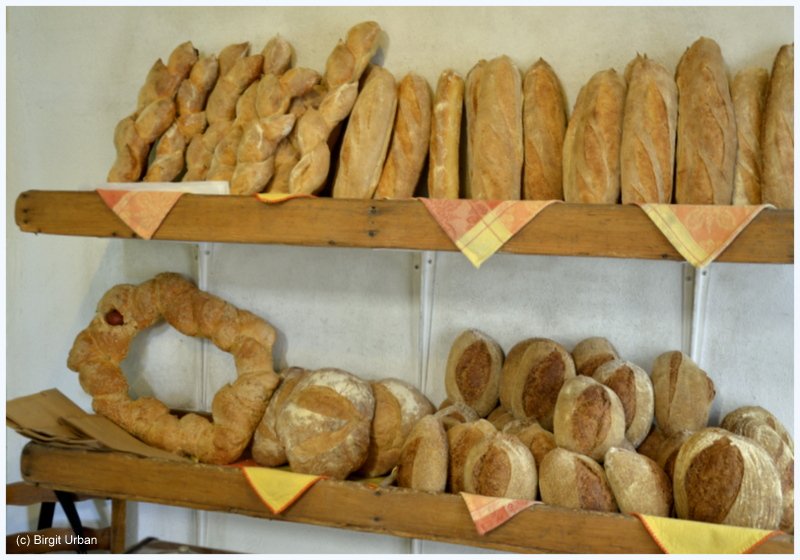 So this is part of Nico’s story. You will find him six days a week in the little bakery store in the town center of Agios Kirikos. Like every baker Nico is working at night …. and here is the point where Tom Waits comes into the picture: Nico bakes his bread and cinnamon rolls to the music of Tom Waits – he says: “This is the best company you can get while working at night. Tom Waits kind of takes you through the night”…..

P. S.: this story could happen in Berlin, London or New York. In that case Nico’s bakery store would be a famous place – “a must go and see”, he could sell his Sauerteig-bread for a high price, web-shop included, but he decided to open his bakery in Ikaria …… 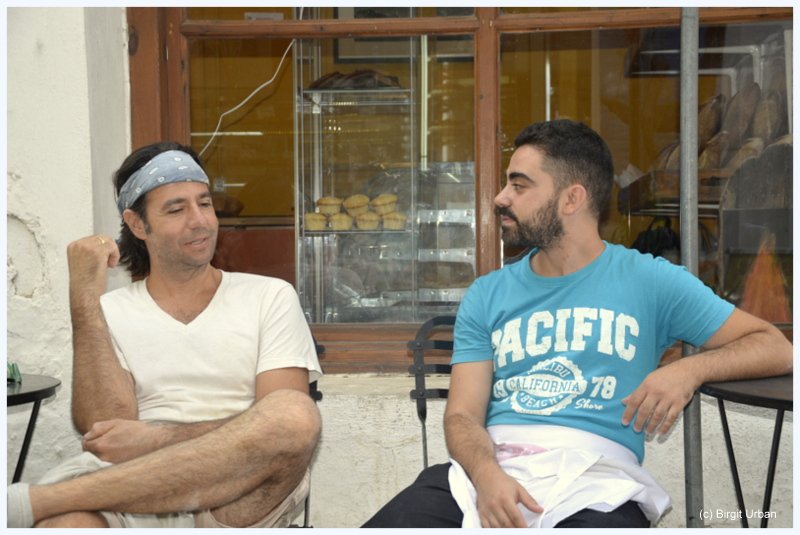