Yannis is taking a critical look through the window of the stainless steel vessel.  The mash is not ready yet. Some more water is needed, until it has the right consistency and then it should rest. 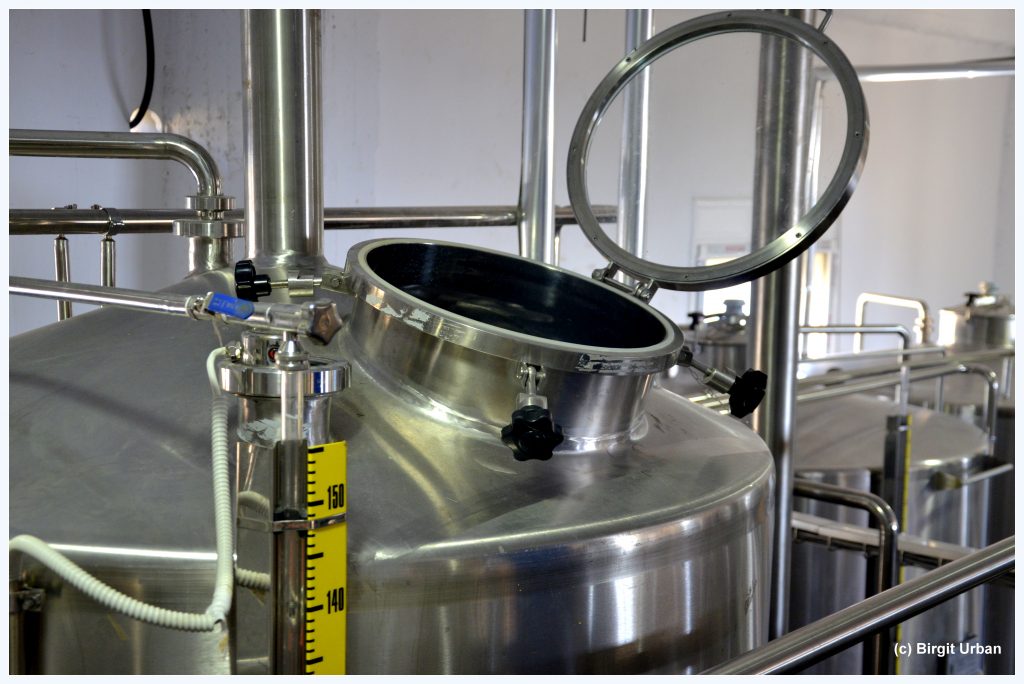 It is the middle of July and it is hot in the brewery.  Summer is a high season and people are consuming a lot of beer. Even here in Ikaria, the island, where it is said that especially the strong Ikarian wine is an important factor in people’s good health.

Yannis is sweating and he is tired. He has already been up  for 12 hours and there is no chance that he can lay down his head in the next couple of hours. The filling machine is not working and this causes difficulties for the whole brewing, labelling and packaging process of the beer. His two co-workers, Vangelis and Thomas, have been trying for hours to find a solution for this problem, but Yannis can see it in their faces that they are ready to give up. This would mean that they have to go back to plan B, meaning that they have to fill the bottles again by hand – a work process of the very beginning of this Ikarian brewery back in 2016. 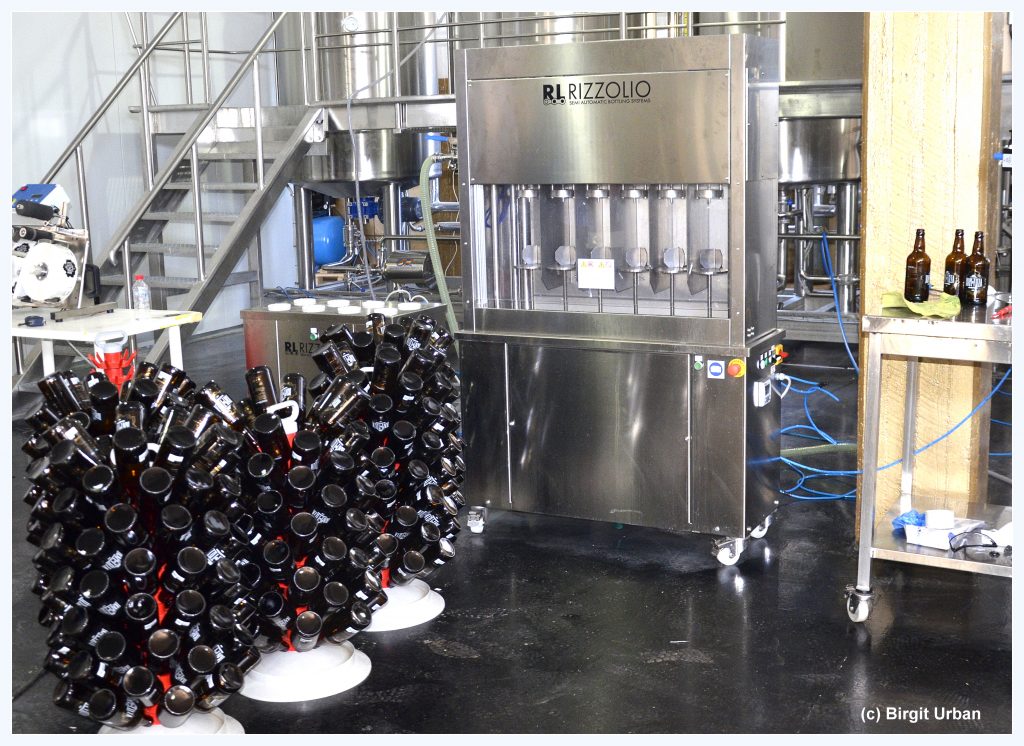 Yanni’s forehead wrinkles, he‘s thinking hard about another solution, but nothing comes to him. If they cannot fix the beer bottling machine by themselves, then they have to order the spare part from Athens and this means that it will only arrive by the end of the week. With the planes and boats scheduled to arrive on Ikaria only every other day, he has no other chance but to be patient. Yannis is sighing deeply. He loves his homeland of Ikaria, but if you want to run a business here, where you are dependent on machines and processes operating smoothly, it is sometimes difficult not to despair. Ordering and getting spare parts for the machines and ingredients for the brewing process might be an easy task when you are in a city or in an area that is connected by good infrastructure, but on a remote island like Ikaria, located in the Eastern Mediterranean,  8 hours by ship from Pireus, building up and running a brewery has a totally different meaning. 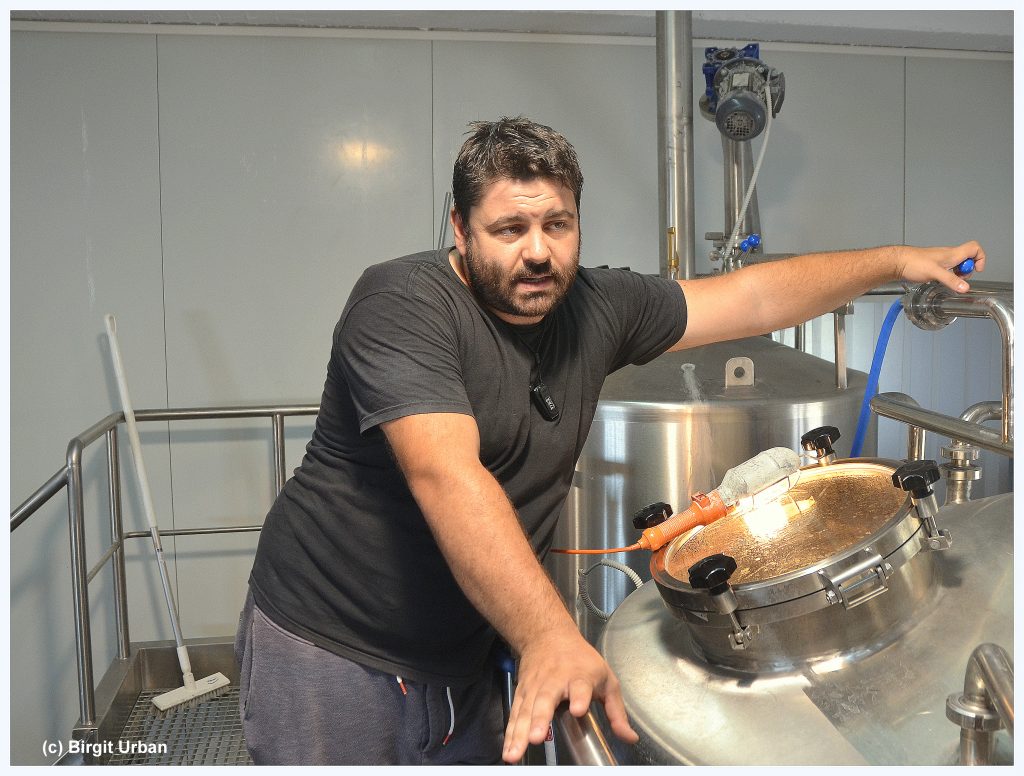 Here, improvisation and patience are a „must have“. Just last week they nearly had to interrupt the production, because the specialist from Samos who has to approve every new making of the mash, didn’t have time to come to Ikaria. In normal production time, this would not cause any headache, but during the high season it is nearly a catastrophy. Thanks God, Vangelis and Thomas, who are not only his co-workers, but also good friends, always find a way to calm him down when Yannis is about to freak out. „Time to empty your head“, they will tell him, „pick your guitar, sit down in a corner for a while and we‘ll bring you coffee“. And as always, Yannis will follow their precious advice. As a trained musician, he knows about the power of music. 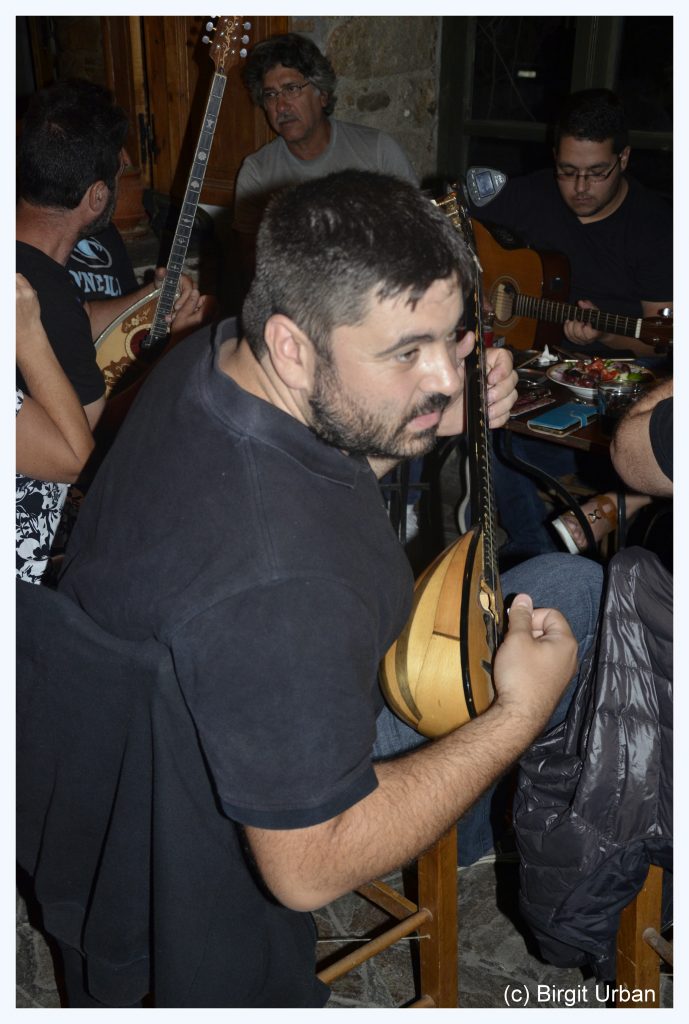 So he picks up his guitar, closes his eyes, his fingers glide over the strings and after a short while he is lost in a traditional Ikarian song. The music and the text, he knows them so well, are clearing his mind. When he opens his eyes again, he will see the beauty of the view in front of him: the blue sky reflected by the sea, the small island of Fourni at the horizon, still covered in mist and in purple colours. 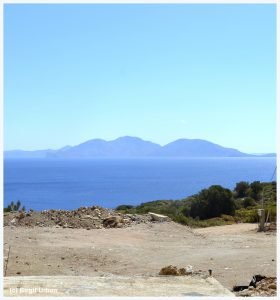 Looking at this beauty, Yannis reminds himself:  this is what he has chosen, this is what he wanted to have: a life on Ikaria with his wife and his children. And he made it.

Five years ago, this was still a dream. Living in Athens, playing music, he was racking his brains, how to find a good business idea that will help him to stay and live on Ikaria. At that time he didn’t really have a clue how to make it happen. Except for one thing: he knew for sure that working as  a waiter in a bar in Agios Kirikos would not be a good option for him. Living from his music, playing at panagyria and in a band all sounded nice, but certainly difficult to make a living for the whole year with a family.So Yannis scrolled through his notebook where he had written down „business-ideas“ during his time in the military. One idea that had really captivated him at that time was to make his own beer. He liked the modern concept of micro breweries, where different types of beer are produced. And as his work in the military service was not really a demanding job, he put in a lot of time into the research of recipes and business plans. When he left the army, he had a good stock of information, ideas and concepts. So while searching for an idea on how to make a living on Ikaria – the island where he has family roots and where Toula, his girlfriend at the time but now his wife, was living – he took the time to flip through these documents again. He reworked some ideas and little by little, a new business plan came up. Making beer on Ikaria! 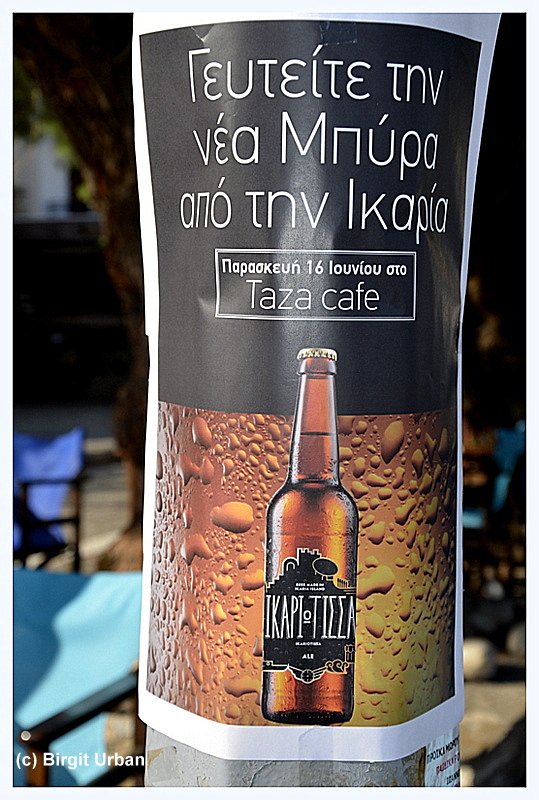 That was it. This could add a new kind of business to the Ikarian economy. So far, nobody on Ikaria had tried this idea, even though sources have  good quality water . Of course people are drinking beer here, too, but  beer like „Amstel“ and „Fix“ don‘t really challenge Yannis‘ taste buds.  When travelling to other countries, Yannis liked the taste of lager and the bitter taste of German and British beer. So he focused on these types, intensified his research, attended online seminars for beer brewing and travelled to several countries to learn from other brewers on the spot.

Yannis enjoyed this part of his business idea, but to get the place and the machinery and to find a home for his beer, was another story. At that time Greece was still suffering from the financial and economic crisis and many of his friends tried to convince him that it would be a crazy idea to start  his own business on Ikaria. But Yannis was not really listening. Yes, sometimes he had his doubts, too, but if he didn‘t try, how would he know? In the end he found an Ikarian entrepreneur, who  had also toyed with the idea of brewing beer on Ikaria, but had not yet started it. But with Yannis at his side, he was ready to invest in this project. So the two teamed up and soon after they found  a building near Agios Kirikos as well as the necessary subsidies to buy the equipment. 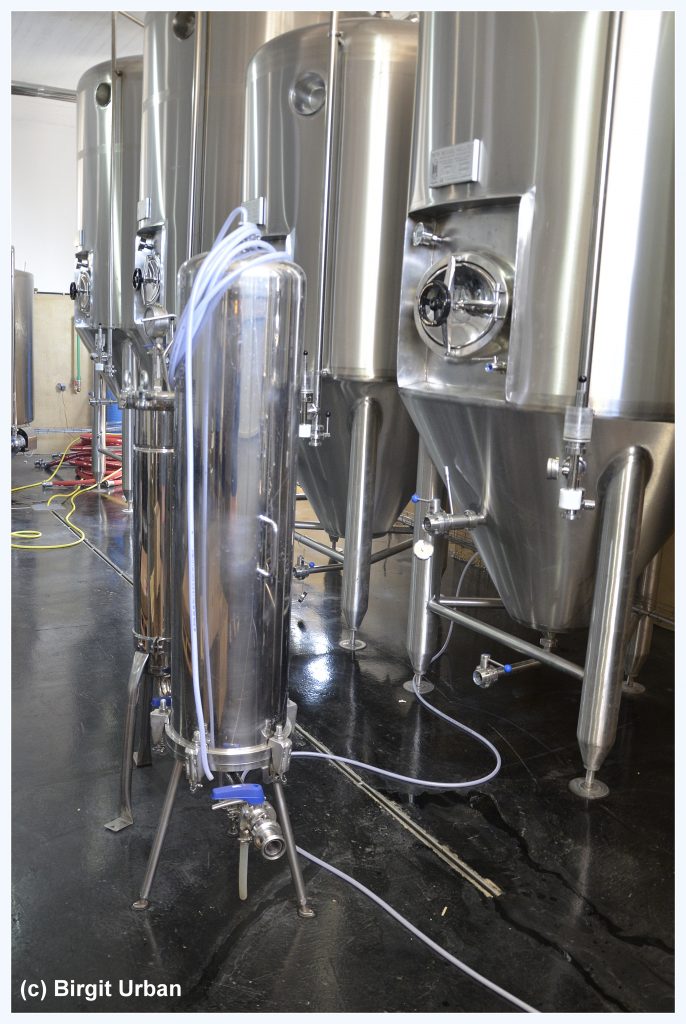 Looking back, Yannis becomes aware of the enormous learning process  he has undergone over the last few years. The first year had been a big challenge: the brewing process in big quantities was often ‚trial  and error‘, bottling thousands of bottles by hand, ensuring strict hygiene standards were followed and above all, the anxious question: will the Ikarians buy this beer? Is there really a market for this new drink on and beyond Ikaria? 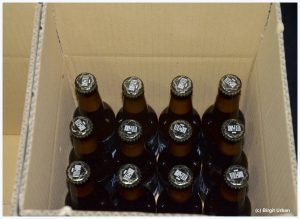 The name he has given to his „baby“ should already flatter the Ikarians:‘ Ikariotissa‘ is written in big golden letters on the bottles. „Ikariotissa“ has a deep meaning. 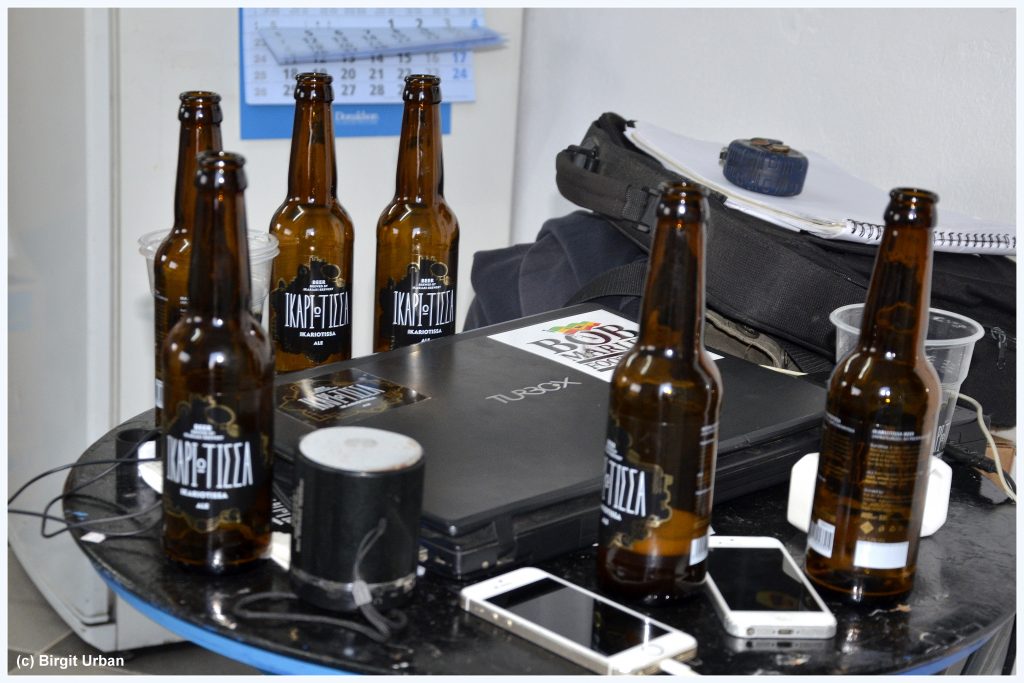 It is honouring the women on Ikaria as it is said that Ikarian women are independent and powerful. And this is what Yannis wishes for his beer: to be different from other beers, strong and unique. And it is a local beer, even though he has to  buy his ingredients, like malt, from other places in Greece. But the water from the Ikarian rocks is still a major ingredient in this Ikarian beer.

While playing on his guitar, humming that old Ikarian song, Yannis knows that he has already come down a long winding road over the last years. He is married now, he has two wonderful kids, he is living on Ikaria as he has always dreamed of and even though the work at the brewery is very demanding, he enjoys it. He holds the patents of the different beers, they are brewing here: the blond and  red beer and the lager beer. More ideas are in the air. Yannis his grateful that he can work together with good friends, that music still has an important place in his life. He can play at the panigyria and on other occasions, opening up and relaxing through his music. 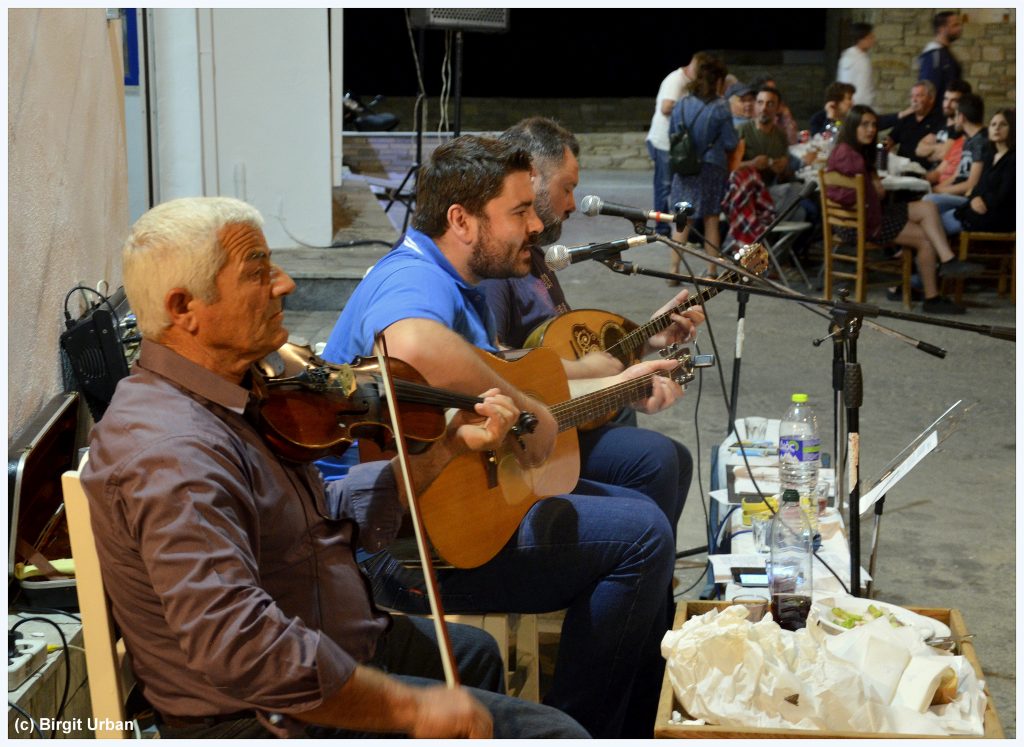 He can keep a balance in his life. Something he would not have expected while living in Athens. And he has plans for the brewery. Some improvements have to be made with the production process. 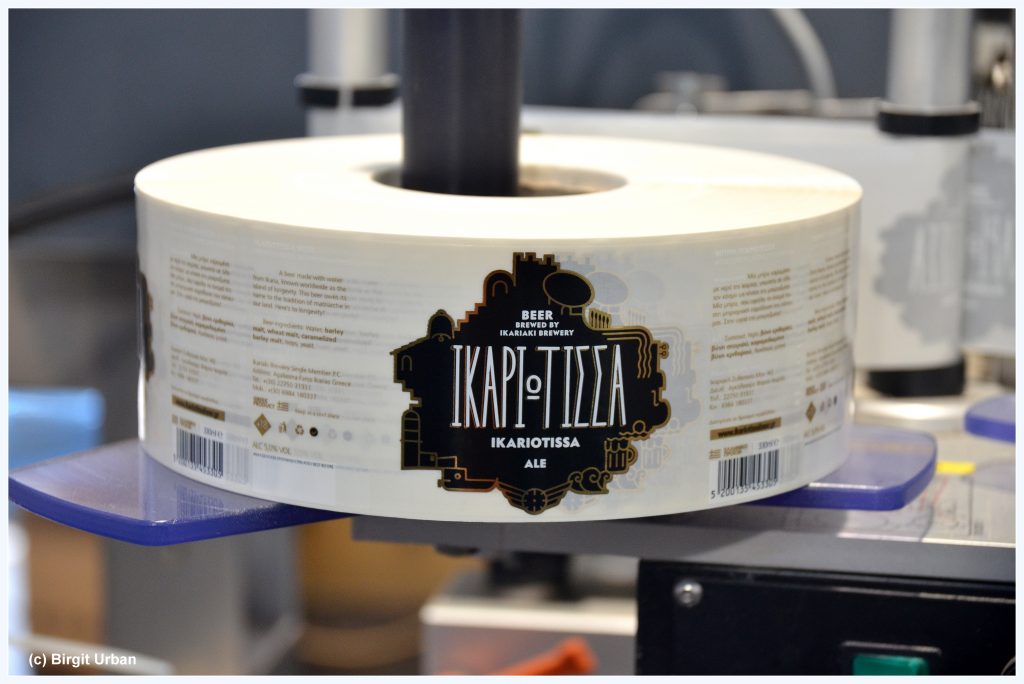 It is nice to have dreams … and to know that they can come true. With this in his mind, Yannis puts his guitar back into the bag, takes  his coffee and off he goes into the workshop to continue working with the mash. This is his place, he made it: „a brewery with a view and traditional Ikarian music“. Crazy idea, but possible. 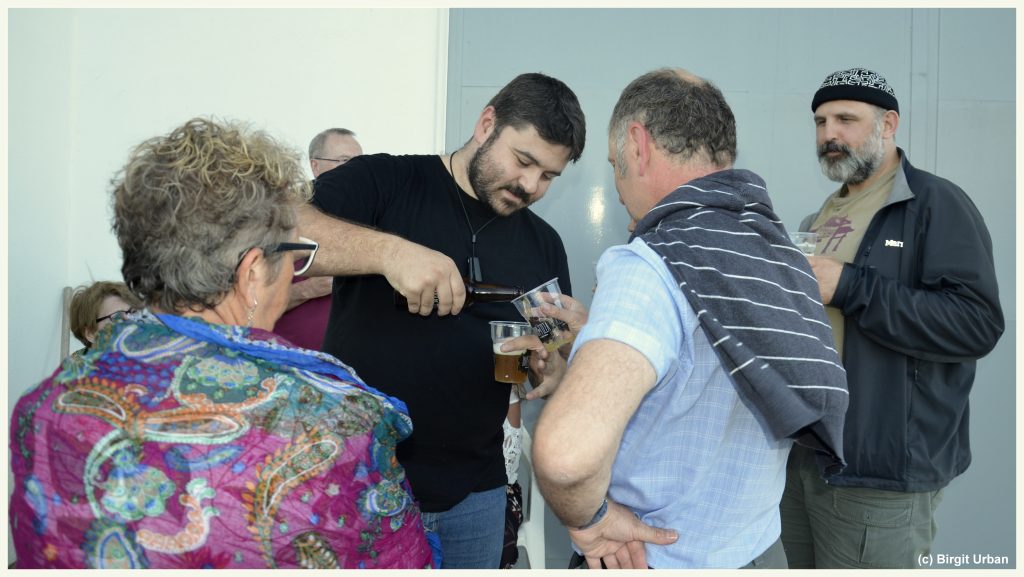